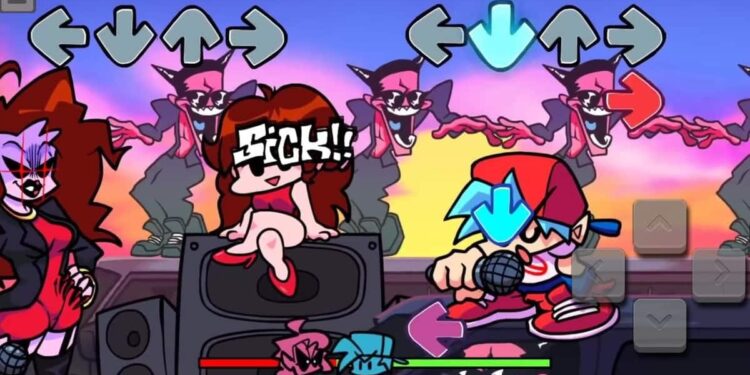 Friday Night Funkin mods on mobile is something that can spice up your smartphone gaming experience. Ever since it first came out, Friday Night Funkin has been a good candidate for topping the mobile DDR genre. Given the reputation of DDR games on PC and even consoles, it was slow to reach the mobile market. With over 50,000 reviews on both Android and iOS, Friday Night Funkin mobile proves otherwise. And with the coming of mods to mobile devices, FNF is proven to be something more than an open-source game to entertain people for an hour or two.

You can finally play FNF mods on mobile without any hurdles. One thing to know though, you cannot play FNF mods on iOS devices. Only those who have an Android can try out FNF mods as it allows the configuration of the game files where you can add additional files. The ability to do this opens up a lot of room for improvement of the game. Just get the FNF mod you’re looking for and configure the files to run them. It’s also a lot easier than you would think.

Although playing FNF mods is fun and games on smartphones, this can be a safety hazard if not careful enough. Since we use our smartphones every day, it’s almost a part of us. Getting the FNF mod from the wrong place can not only hurt your phone but also lead to someone stealing your sensitive information. For this reason, you have to be extra careful with it. Make sure to get the mods from a reputable source as the consequences can be severe.