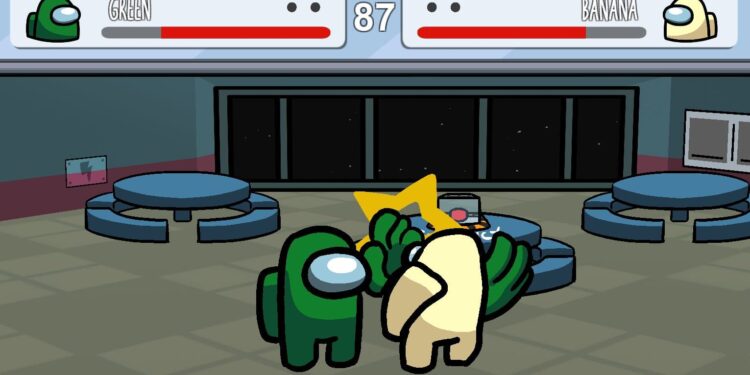 If you are following video game news regularly, then you might already know more about Among Us. This game has become highly popular in the past few years, and it is played by millions. Although the game is still popular, it is not preferred as much as it used to be. However, if you are looking for a different kind of game in the Among Us universe, we have a new suggestion. There is a fighting game called “Among Us Arena” with Among Us characters. Here is everything you should know.

“Among Us Arena” is one of the great fighting games. The game was not developed by the original developers of Among Us. In fact, this is a fan-made game that was developed by an indie developer called Starcutter. This is not his first game, and he is currently working on a different game to launch.

“Among Us Arena” is a fighting game where you can compete with other players online. Unlike the original game, you will not try to find the imposter. Instead, you are going to challenge other players and try to eliminate them in one-on-one fights.

So basically, Among Us Arena is a fighting game in which you are going to play with the characters from Among Us. In our opinion, it is a fun game that we can recommend you try.

Among Us Arena Gameplay

Depending on your character, you can use different items like weapons, such as a gun, knife, or scythe.

Just like in all other fighting games, your main goal is to eliminate your opponent within the provided time. Each round will last 90 minutes, and you need to make sure that your opponent’s health bar reaches zero before yours does. If none of the parties manages to eliminate each other at the end of the time, the player with the highest health points will be the winner.

If you enjoy this amazing game, you may want to support the developer of the game as well. The developer is now working on a new fighting game, and he accepts donations for his original project over at Among Us Arena. You can visit the official page of Among Us Arena on itch.io and donate.

It is worth noting that the developer announced he is not planning to add new features to the game. However, the game itself is still quite fun right now, and you may want to compete with your friends or other players from all around the world with cute Among Us characters. We assure you that you are going to love it a lot!