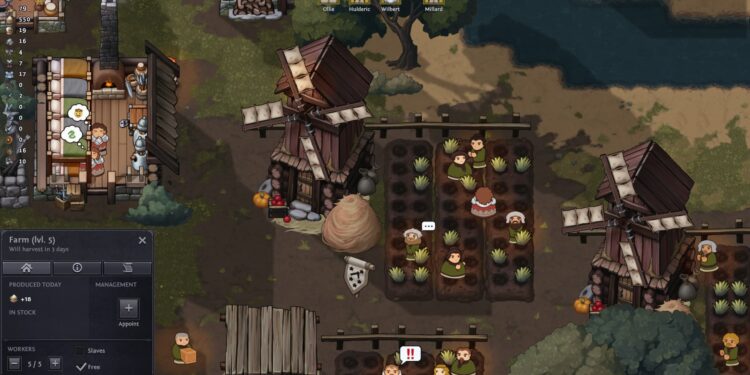 Norland is one of the promising city builder and simulation games that are anticipated by many players. The game is still under development by Long Jaunt, and it is going to be released in 2022. In this article, we have covered everything you might want to learn about this great game, including everything we know about the release date and gameplay.

We believe that you are going to love its cute graphics and the story that depends on your choices and actions. The game takes place in medieval times, and you are going to take control of a noble family.

You are going to be the leader of a noble family in Norland and assign tasks to your family members. Just like in the old days, there will be plenty of drama within your family. Your family members will develop relationships with each other, and you need to control each of them very well.

You will also deal with other things such as punishing criminals, building your army and defenses, and planning the future of your land and family. It is a comprehensive game that offers plenty of mechanics for the players. Thus, we believe it will be one of the best colony sims you have ever played in your lifetime.

When Will Norland Be Released?

We still have to wait a few months for the official release of Norland. Unfortunately, the developer did not make an announcement about the exact release date. However, one thing we are sure of is that the game will be released in the fall. Thus, we have at least six months until the official release.

If you would like to get notifications on the release date, you may want to add the game to your wishlist on Steam. In this way, you can receive an update email about the status of the game, and you will not lose any time enjoying it.