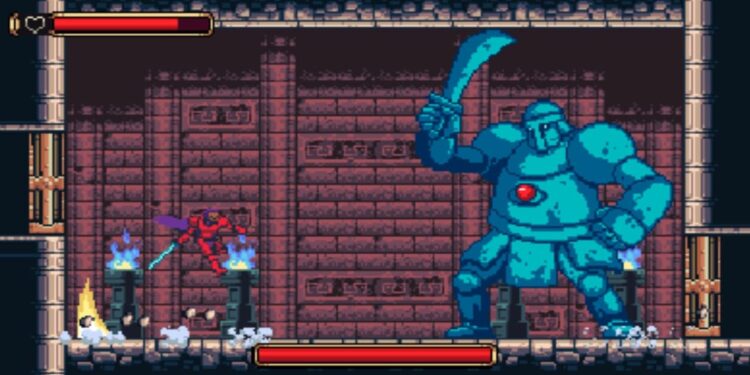 HexBlade is an action fighter game that’s inspired by countless games like it. If you’re looking for the good ol’ days of fighter games like Mortal Combat and Tekken, HexBlade is going to be a game that’s very enjoyable. It features plenty of characters that you can pick and play and has some new features like the Curse Bar.

HexBlade is like any other fighter game but with something extra. When you’re playing the game, you have to keep an eye on the Curse Bar as your next hit kills instantly. Fill up the curse bar with your attacks on your opponent and finish off with the press of a button.

Move with the arrow keys or using WASD.

X to attack and Z to jump

Get HexBlade for PC – Free Game

Although you can play HexBlade online, it’s best played locally on your computer. Cause the game features a lot of different kinds of animations, you will want to have the best experience out of the game. If you’re looking for a game that’s running constantly on 60 FPS, play it by getting the game on your computer.

In addition to these, the game is very light – standing at only 74 MB for 32-bit and 79 MB for 64-bit. If you want to have an experience where the old days of action fighter games are remembered, it’s highly recommended that you give HexBlade a chance.

As for where to get it, HexBlade is currently available on the indie game platform Itch.IO. It isn’t even available on Steam at the moment as it’s still very new and not many people have heard of the game. It’s also due to the reasoning behind why the game was developed since it was for a videogame event.