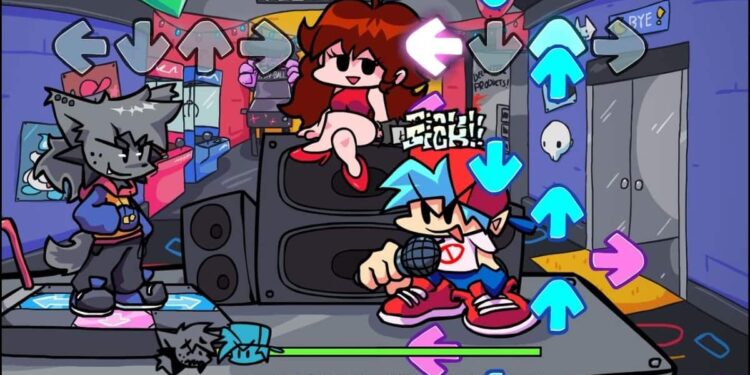 Friday Night Funkin’s Kapi mod may not be at the top as far as the popularity goes, but it’s one of those mods with a huge following. Kapi mod features nothing new, but the songs within the mod are what make the mod special.

At the time of writing, Kapi mod FNF is at the top 20, moving towards to the top 10 as the currently popular mods aren’t releasing any more new content. Kapi mod also has some voice acting involved where there are scenes that you should definitely check out. There are a total of five different songs, meaning five stages in total. The songs are Beathoven, Flatzone, Hairball, Nyaw, and Wocky. Each song last for a good two minute and you won’t get any tired playing as the arrow keys are placed at such good positions that it’s too enjoyable.

Kapi mod works perfectly with no known bugs. The mod has been tested many times by the creator PaperKitty. There are two versions of Kapi mod. You can either try out the first version of the game that contains bugs, but it can be beneficial; not in terms of playing, but if you want to create your personal FNF mods. Then, play the new FNF vs. Kapi Arcade Showdown to get the ideas as to what to fix in your own FNF mod.

Like the bazillion other FNF game mods, it’s possible to play Kapi mod Friday Night Funkin without downloading the game files. It’s a convenient choice to do if you’re unsure that you’re not going to like the mod altogether. So, instead of downloading it right away, test the mod by playing it online and decide whether or not to download the game.