Unpacking Game – Unpacked Your Stuff In A Fun Way 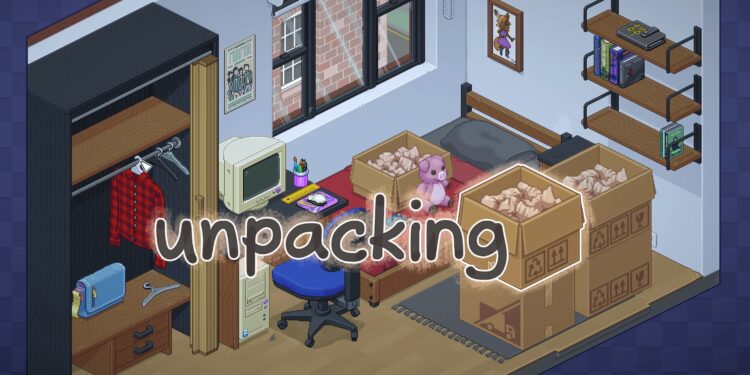 Developed by Witch Game and published by Humble Bundle Game, Unpacking game is a new puzzle game released on Steam on November 2, 2021. Let’s review this game under the titles of Unpacking Game Overview, Where To Play Unpacking Game? and Unpacking System Requirements. We also answered some frequently asked questions about the game in this article, such as “Is Unpacking game free?” and “How many levels are in Unpacking?”.

Without a doubt, Unpacking managed to get the attraction of many puzzle game players since its initial release date on Steam. Even though the game has a pretty simple logic behind it, it seems quite fun at first glance.

Basically, you unbox boxes and place the items in their places, just all you do. However, with its simple pixel art graphics and relaxing songs, the game achieved to get a strong place among puzzle games.

There are multiple levels in Unpacking. These levels are consist of the parts of a house, such as a bathroom, kitchen, or bedroom. So, you are decorating the house by unpacking the boxes and placing the items in the room.

Where To Play Unpacking Game?

The Unpacking game has been available on Steam since its initial release date, November 2, 2021. Unpacking is not only running on PCs but also runs on consoles. So you are able to play the game on Xbox One, Nintendo Switch, macOS, Xbox Series X and Series S, Microsoft Windows, Linux. As you realize that the game has not been placed on PlayStation Store yet. But we are expecting that the game will release on PS Store soon.

To play Unpacking on your PC, your computer should meet at least the following system requirements:

Unpacking is unfortunately not free. To play the game on your device, you should purchase it for $19,99. If you don’t want to pay this amount of money, you can add the game to your wishlist and wait till the game get a discount.

How many levels are in unpacking?

The Unpacking features 8 different levels as we mentioned above. These 8 levels come with 10 story-related achievements.