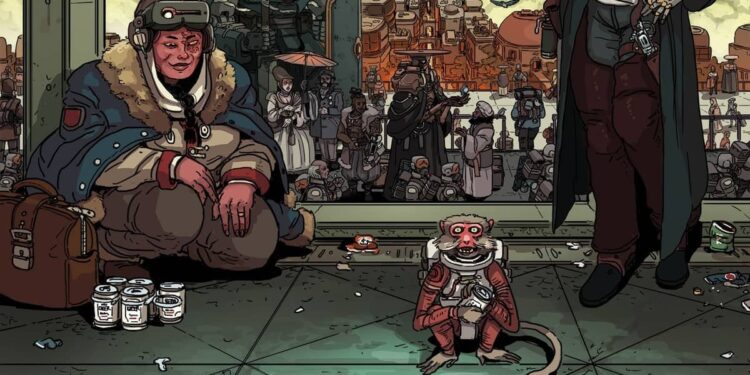 Long Rim Lancer or known as the Long Rim: a Lancer Setting is a space journey that takes you out to a long corridor that’s originally meant to be a no man’s corridor. It’s a dangerous part of the space where you wouldn’t want to spend the rest of your life. Rather than being a game, it’s more like a comic book that’s written nicely and packed full of surprises that turn everything upside down.

Although Long Rim is only 68 pages long and doesn’t feature extras, it offers a great value for $9.99. Sure, you can get a physical book of other comics alike for the same or even lower, Long Rim Lancer is unique on its own ways.

It’s uneasy to feel tempted to purchase the comic as it’s only 68 pages long including the cover, but it offers a great digital value. If you’re collecting digital comics and have a sizeable number of purchases from other sources, we highly recommend getting this.

For the time being, the developer Massif Press doesn’t offer physical books of the Long Rim. But, it doesn’t mean that it will stay that way forever. There is a high chance that the makers behind Long Rim Lancer will release a physical book. If found success, it wouldn’t even be surprising to see it in book stores with the rest of the comics and fantasy books.

Until that happens, you can get Long Rim: a Lancer Setting on Itch IO in the form of PDF for $9.99.