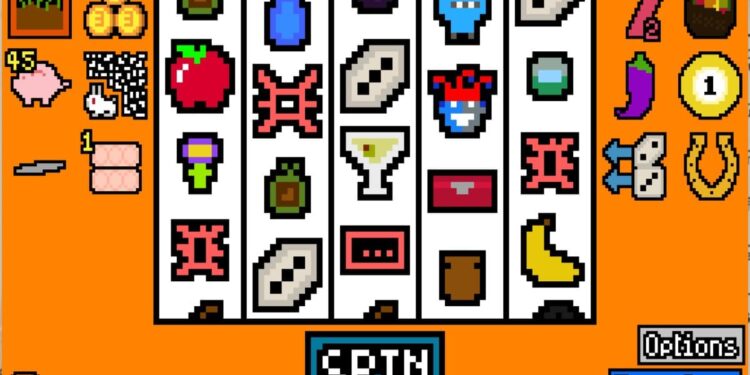 Luck be a Landlord is a roguelike deck builder videogame. The game works simply as you need to use the slot machine to earn money to pay the rent. The purpose of the game is to earn as much as you can from the slot machines and defeat capitalism while doing so. It’s currently available to download on Steam but the game isn’t fully released. It’s on early access and you might find as many features as you’d like to see.

Luck be a Landlord starts off with your landlord knocking on the door asking the whereabouts of the rent and you insert the one coin you have left to the slot machine. From there, you try to make as much money as you can to pay the rent and stand against capitalism. Whilst doing all these, you also have a dog you can pet.

Although Luck be a Landlord seems very basic, it has items where you can come up with build strategies to even make more money.

Luck be a Landlord PC

One side note we’d like to drop: Luck be a Landlord is a singleplayer game and it has no multiplayer functionalities whatsoever. However, if the game expands and become widely available, it might feature multiplayer where one player plays as the tenant and the other playing as the landlord.

These are just speculations though. TrampolineTales, the developer behind the title hasn’t announced such a thing yet. Overall, Luck be a Landlord is an extremely fun indie game where you’ll enjoy taking your time.