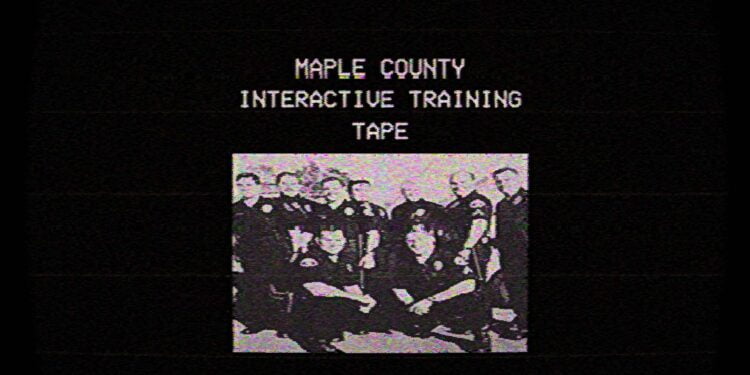 Maple County game is a horror indie video game developed by Thorne Baker and released on November 24, 2021. The game offers a pretty interesting gaming experience with a Police training VHS tape. If you play indie horror games, you should definitely read this article where we introduced the game under Maple County Game In a Nutshell. You can also learn the answer to the question “What is Mandela Catalogue?” which is the YouTube series that inspired the game.

Recently, very interesting horror games have started to be published on itch.io. Now we have one of these games, Maple County. If you like to play horror games, you should definitely take a look at this spooky game.

Maple County is a horror indie game that gaining so much popularity lately. Of course, you shouldn’t expect much from the game, but we must say that it has a great storyline. Even some people who played the game state that they would be glad to see its longer versions.

Maple County was inspired by a YouTube horror series called Mandela Catalogue. You can get further information about this super interesting series in the following section. Like the Mandela Catalogue, you’ll watch a police training VHS tape in this super creepy game. This VHS is about how to deal with an unknown threat. You’ll also be able to interact with the VHS tape according to the instructions you get.

Below you can find the gameplay video of Maple County and can get better information about the game by watching it.

What is Mandela Catalogue?

As we mentioned earlier, Maple County was inspired by Mandela Catalogue, which is a YouTube horror series created by Alex Kister. Initially released in August 2021, Mandela Catalogue consists of educational videos that warn them of supernatural organisms known as alternates for the citizens of Mandela County.

Maple County Game is a free-to-play indie game. If you’d like to give this creepy game a try, you now visit Maple County’s official page on ithc.io and download the game. It’s worth noting that the game works on only Windows PCs.