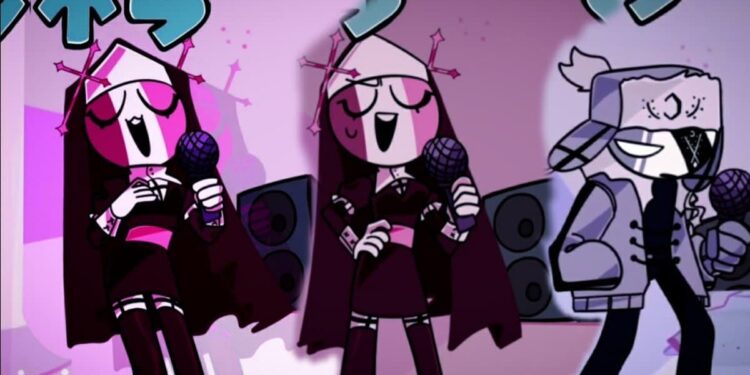 Sarvante mod is definitely one of the most interesting FNF mods out there as there aren’t any like it. Also known as rhe Mid-Fight Masses Mod, Sarvante mod is has an intermediate difficulty. The personality of Sarvante plays a major role in the mod as she appears to have a mild temperament, generally calm speaking, with any features that you would expect in a nun. All of that changes as she loses the battle, especially after the Parish level.

All and all, Sarvante mod FNF, or the Mid Fight Masses mod, whichever you call it, is an interesting and fun mod where you will spend at least an hour to beat. As with other advanced FNF mods, you cannot play this mod on mobile but there are others you can. Check out our article on how to play FNF game mods on mobile.

How to play Sarvante mod

You can start off playing the Sarvante mod by either downloading the game files or play on your browser. If you choose to play the mod on a browser, you won’t need to download it. It’s a great feature that come in handy if you want to test out the mod first, and decide later whether or not to download it. Learn how to play the mods without download.

Sarvante has unique features and could be the strongest challenger of the Boyfriend and Girlfriend. She is basically immortal as she’s lived for centuries and can summon a portal using the Gospel. She can also fly, morph into a demon, create objects out of nowhere, and trick her enemies with illusion in which you will see her using these powers after the Gospel level.