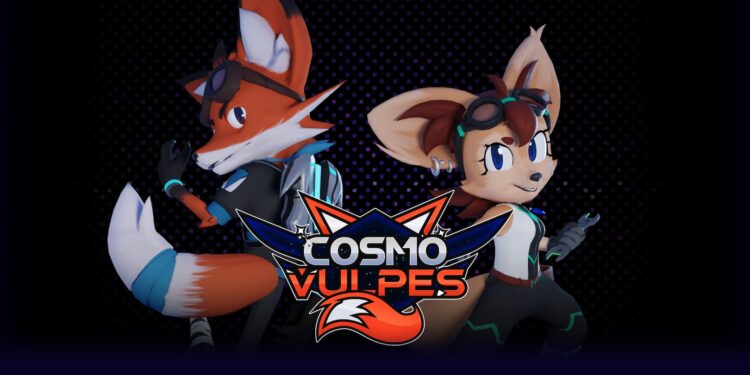 Cosmo Vulpes is an indie platformer game inspired by the 90s and 2000s. It offers a sci-fi adventure, where you have the main tool, a jetpack. The game is now in the Alpha Phase and has a long way to go. But, the developers of the game, Vulpini Studio, released a stable demo for the game to attract indie gamers.

Cosmo Vulpes comes with a great storyline. You’ll play as a hunter fox named Klaus, and you’ll have a jetpack and other tools developed by your friend Safira. You, as Klaus, and your friend Safira explore the galaxy to pay your bills. How? By collecting energy. Because energy is extremely valuable in this game. That is why you’ll be collecting Energy Gears and Vultech Crystals, which are powerful fonts of energy.

The developers of the game, Vulpini Studio, created beautiful and distant worlds to explore while you try to complete your missions. Developers state that each world has unique settings and that unexpected things can happen in these worlds.

While exploring worlds to collect energy, you’ll use high-tech gadgets developed by your friend Safira. She is a talented mechanic and will provide help when you need it. You can combine your jetpack with proto-bombs, holo trampolines, and tech wires. So, you can customize your weapon according to your gameplay.

There are also other bounty hunters in the Cosmo Vulpes. So, you are not alone in the universe. You can even interact with these bounty hunters. But you shouldn’t forget the fact that not everyone likes outriders, so be prepared to face some rivals that will try to stop you. To compete with them easily, you can buy something you need at the shop.

All in all, it seems that Cosmo Vulpes is going to be a great platformer game with its 3D graphics. We’ll be looking forward to the full release of the game to play because its alpha version has already attracted us. If you want to check out its Alpha Version demo, you can now head to the Cosmo Vulpes’ official page on itch.io and GameJolt.