Among Us Mod FNF 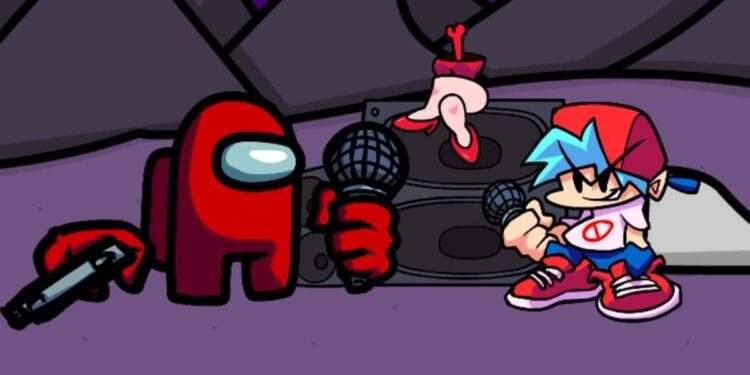 Out of all the Friday Night Funkin mods, Among Us mod FNF is the one that sticks out the most in recent times. We’ve seen plenty of characters from other videogames appearing in different ones but the Among Us mod has to be the one that brings more joy to the FNF universe than any. Also known as the FNF vs Impostor, Among Us mod is gaining traction in the community and heading to be the most played mod after Sky and Whitty.

We highly suggest checking Among Us mod if you have collected some mods under your belt. While the Among Us mod isn’t hard or difficult to get around in particular but goes on for quite some time. This higher longevity than most other FNF mods makes it a lot more fun.

Play Among Us Mod Online

As with other FNF mods, you can play Among Us mod online without the need for actually downloading the mod files. The Among Us mod on Friday Night Funkin will run smoothly on your browser but there have been plenty of reports of people experiencing lags and setbacks where the button response isn’t immediate.

The main cause of this is usually low-specs but it can also be an indication of slow internet. There is a good way to go around this though. You can refresh the page once and these issues should go away. If not, it is recommended that you download the game files. Those with a main objective to preserve their internet data shouldn’t be shy to download the mod as playing online does pretty much the same.

With a file size of around 110 MB, it doesn’t take much time and data to download anyways. Besides, you’ll need to download pretty much the equivalent to it when you’re playing the Impostor mod FNF online as it is stored on your RAM, not HDD/SSD.