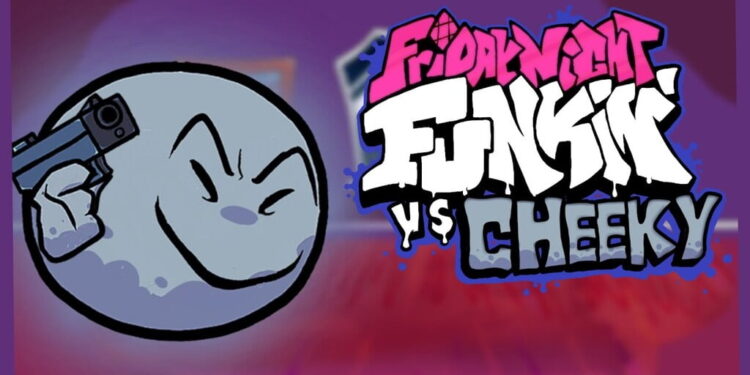 Friday Night Funkin’s Cheeky mod is one of the few that have an epilepsy warning for its players. It’s filled with screen shakes, flashing lights, and re-appearing images during the gameplay. If you have no problem with these, it’s a mod that can bring excitement to the rest of your mod collection.

Cheeky mod FNF is some sort of continuation of the original mod. For the sake of a backstory, it starts off with the Daddy Dearest giving Cheeky, a rock-shaped character, and knocks Boyfriend out with a giant spoon. Not a very nice ordeal for the Boyfriend to happen, but the cutscene is followed by him waking up in a rather strange place.

Although the cutscenes and animations are quite massive compared to other mods, you can play it online without needing a download. It can take some time to load, but once loaded, you’ll be able to play it without any lag.

The Cheeky mod works like this due to the development methods behind it, as it’s not running under conventional ways. If you have issues with running Cheeky mod online, consider making a download but before that, make sure to run the game on incognito without any other tabs. This can fix the majority of the problems you have with the mod.