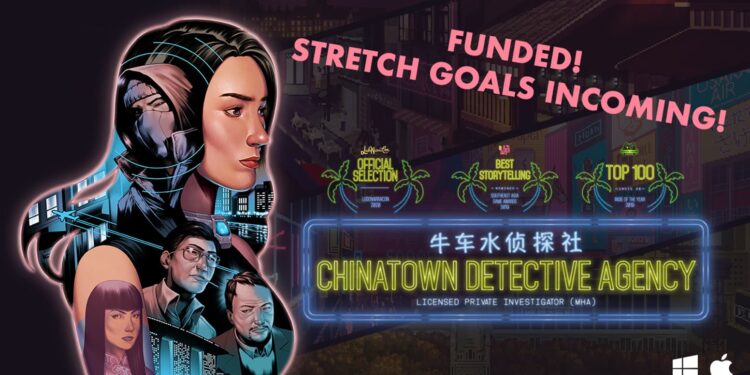 Chinatown Detective Agency has been talked about on the internet for the last few years, and we are so close to the official launch. We all know about this fantastic game with its Kickstarter project. The game managed to receive more than $80,000 in a month.

The official release date was planned for 2021. Unfortunately, the developers had to delay the release due to the technical difficulties they encountered during the development. However, you will not have to wait to enjoy this game! Here are the details.

When Will Chinatown Detective Agency Be Released?

Sadly, we cannot share any exact date about the official release date of the Chinatown Detective Agency. The developers still did not make any announcements about the release of their game, but its release date was updated as Coming Soon on Steam.

In general, when Steam updates the release date as Coming Soon, the games are launched within a month. Of course, there are some exceptions, but we believe that Chinatown Detective Agency will be released in the following weeks. You can add the game to your wishlist on Steam to receive notifications once the game will be released.

Chinatown Detective Agency offers a great point-and-click adventure for players, where they are going to run their own detective agency. Players have to follow the recent news and spend time-solving real-world cases in the game. It is worth noting that the game takes place in the future, and thus, it offers a great atmosphere.

You need to do plenty of research to solve the cases as quickly as you can. You will not have to handle everything on your own, after all, you have your own agency. Thus, you can build a great team by signing contracts with some of the popular detectives in the world.