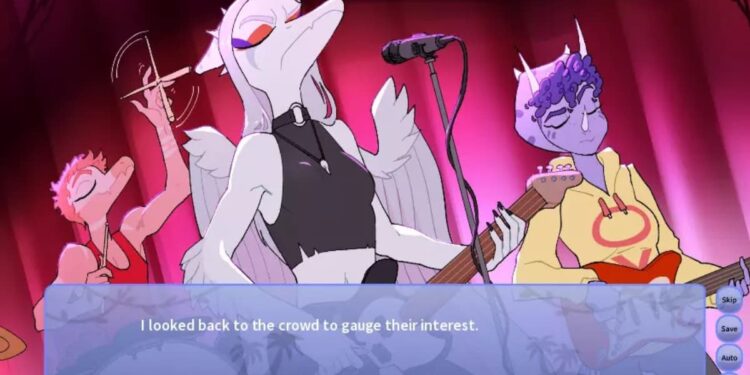 Cavemanon Games released the Snoot Game that was anticipated for a quite while. The developers released the game on June 4 of 2021. The game is based on a visual novel parody of the Goodbye Volcano High. If you’re looking for a small game to kill some with at times, Snoot Game might be just it.

Snoot Game features a few hours of gameplay with not much to pursue as everything is pretty simplified. There are multiple endings to it and since the game is new, not all of the endings have been explained yet. As the time goes by and more players comment on the main page of the game, we’ll keep you updated. In the meantime, know that you can end the game with six different endings.

Snoot Game stands at around 250 MB for all three operating systems. The game is available on Microsoft Windows, Linux, and macOS. Like most other games, Linux and macOS versions of the game is lighter, standing at 254 and 249 MB, respectively.

You can get Snoot Game on Itch IO for free, without paying for it. It’s a completely free to play game, but if you like it so much, you can donate (tip) the developers on the largest indie game platform.

How long does it take to beat Snoot Game?

How long Snoot Game takes varies depending on the ending you get to, and overall your play style. Though it doesn’t take much to finish Snoot Game even when we compare different endings, it’s provides players with a pretty enjoyable gameplay and an experience. Snoot Game is certainly one of the best indie games of 2021.

You can also download the artbook of the game, containing plenty of arts about the characters you’ll see in the game.