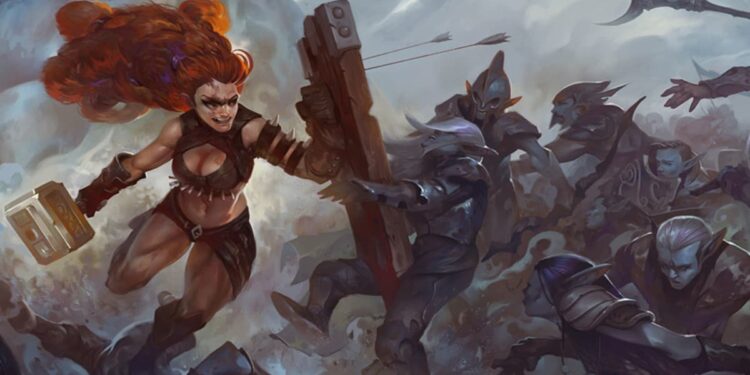 Crowfall is an upcoming MMORPG game developed by ArtCraft. It got total funding of more than $38 million since its first appearance on Kickstarter in 2015. Those who want to download and play Crowfall can do so by testing out the closed beta. The game will be released on open-beta in mid-2021. Until then, players must sign up for the beta and the usual waiting period is between two and four weeks.

Where can I play Crowfall?

Crowfall is only available on PC at the moment and won’t be coming out to consoles any time soon – if it’s going to have a launch on consoles at all. So the only device you can play Crowfall is your PC. Sign up for Crowfall closed beta. All you need to do is create your account and set the in-game name. You can also purchase Crowfall. You can purchase either one of the following packages to play Crowfall on your PC.

Each pack contains different types of equipment and items. For example, with the Fast Start Backer Pack, you will get 2300 Crowns which have a $19.99 value, a Merchant Pack Pig, 20 percent expanded inventory storage and everything else the bottom packages include. So if you purchase the highest package, you will get everything the rest of the packages offer.

How to play Crowfall for free?

Yes, in a way. You can play Crowfall for free by signing up for the closed beta. Other than this route, you cannot play Crowfall for free. You must sign up for the closed beta as mentioned above (also linked) and enter your credentials. If you’re lucky enough, you’ll gain access to the game in about two to four weeks. But, it’s good to keep in mind that you might not get access at all. It’s best to try it through closed-beta first and wait if you get accepted. If you’re waiting for an unusual period of time which we consider 1 month+ you can purchase either one of the packages offered and play the game.