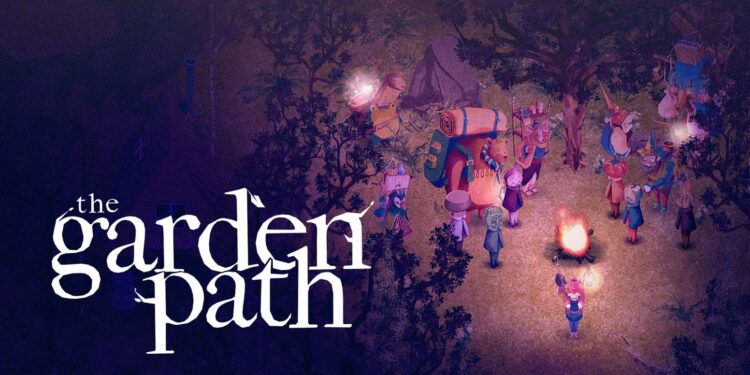 Don’t we all imagine having a quiet, humble life in a peaceful forest house? Letting our minds break away from the crowded city would be great, wouldn’t it? If you think the same way as us, you are in luck! Carrotcake, aka Louis Durrant, is building a colorful and relaxing garden for you. With his new release game, Garden Path, you will have time be break free from all the stress in city life. So let’s take a trip.

Garden Path is a slice-of-life sim. That’s how Louis Durrant describes the game. We couldn’t find a better word to describe this great indie game that revolves around farming, fishing, trading, and taking a long walk in the forest with friends.

For its development, Carrotcake launched the Kickstarter for the game on July 21, 2021. It reached its £20,000 goal for development in a short time. After that, Garden Path has reached the second goal, where the developer promised to release the game to the Nintendo Switch if £25,000. Now, the next goal is £30,000. If this goal is reached, the game will include local multiplayer.

Take care of your garden and have a wonderful, simpler life. We can use the word ”life” because the game’s developer stated that the time runs in concert with the real world.

One day you put seeds of your flowers, a day later, it is nurtured, the next day flower may bloom. Although we said it follows the real-time, it’s not that ‘slow’ tho. Each season lasts a week and a year lasts 28 days. So you will be able to experience the change of weather sooner. So, let’s say a ”quick life” then.

The nature you see in these seasons has different kinds of plants that look gorgeous. The graphics in this game is fascinating with their cute animations and remarkable characters.

Also, you won’t be alone in this colorful world. Visitors to your garden might stay and settle down or pass by and leave good memories.

When it comes to the relaxing part of the game, which is soundtracks, we can say that the soundtracks of the game are great and relaxes you. The developer said that the game has different soundtracks for day and night. This is awesome news because we think that melody is the key part that puts you in a mood, isn’t it?

Lastly, the game will be coming out this year. You will be able to play it on PC, Linux, and Nintendo Switch. Make sure to check out the Steam page, so you don’t miss any updates. Also, don’t forget to add it to your wishlist. We are ready to uncover a long-forgotten garden. What are your thoughts and feelings? Share with us in the comment section below.