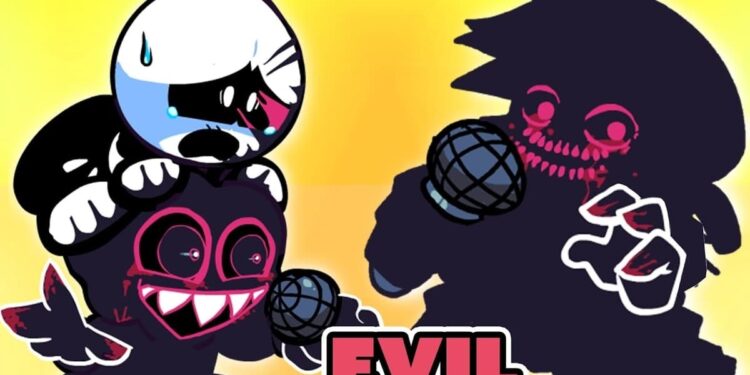 Friday Night Funkin’s endless mods are increasing in numbers as anyone can create their own. Evil mod FNF is one of the best and well-designed mods with an interesting storyline that keeps getting corrupted and more evil.

While most FNF mods take you on a battle with a wide variety of characters, Evil mod isn’t anything like that as you’re playing as the evil Boyfriend. As you progress, the Boyfriend keeps becoming more evil and corrupt, so you will have distortions where the character acts a bit weird. Since this mod hasn’t really been fully developed, the corruptions on the screen remain are focused on the character, not the whole screen – yet.

You can download Evil mod FNF and start playing right away. Once you’re done downloading, install the mod just like the way you would install any other mod and play on your device.

Play Evil mod FNF without the need for actually downloading the game. Because FNF is a game you can play online no download, you can play mods as well. It doesn’t take anything extra to play Friday Night Funkin mods online. Start playing Evil mod FNF online.

If you’re having problems running the game online e.g. lags here and there, unresponsive arrow keys, music not playing etc, give the page a reload. In particular, those who are experiencing lags can close off other tabs in the existing browser to ease their RAM. This can fix a lot of other problems as well.