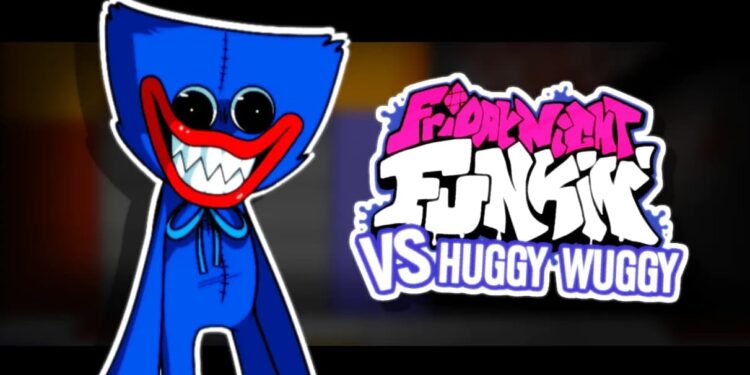 FNF Huggy Wuggy Mod is one of the famous Friday Night Funkin Mods lately. And it contains the main character, named Huggy Wuggy, from the horror adventure game Poppy Playtime.

Poppy Playtime was initially released on October 21, 2021, and developed by indie game developer company MOB Games. They managed to get the attraction of horror game lovers with the release of Poppy Playtime. Basically, you try to survive in this horror puzzle adventure game.

It seems our beloved blue-haired dwarf, the Boyfriend, and his girlfriend want to play a horror game like horror game lovers. In the story of Friday Night Funkin Huggy Wuggy Mod, the BF and GF get a mysterious letter that invites them to the toy company. Huggy Wuggy is the face of this factory with his giant ugly freaky face. After the BF and GF arrived at the factory, they found an enormous toy named Huggy Wuggy. Now they have to have a rap battle against this gigantic toy that is definitely not for kids.

FNF Huggy Wuggy Mod comes with animated cutscenes, a simple song called Playtime, a new character, and more. There are various options to play the Mod.

It might be the best option to play the Huggy Wuggy Mod FNF online for people who don’t have a PC with Windows OS and have a low disk space PC. Otherwise, you can only play it by downloading it. But, if you are not concerned about your disk space and using a Windows-operated PC, you can download and start to play it.