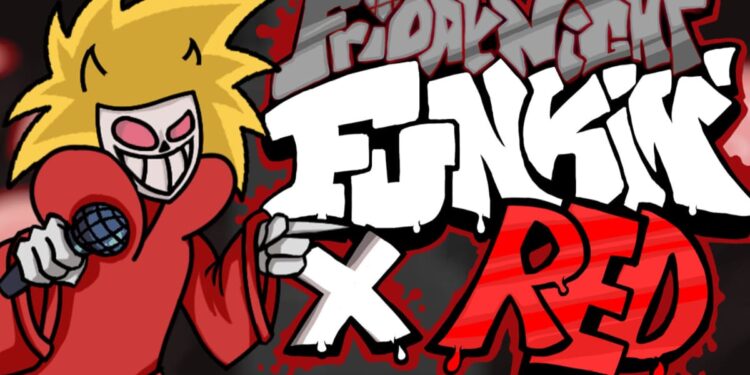 Friday Night Funkin‘s greatly developed mods are rising in numbers as the community members are getting more and more involved in the making of new mods. Since it became easier to make FNF mods, you can simply turn your FNF mod idea into a reality. If you’re looking for a different mod that will amaze you, we highly suggest checking out the FNF x Red mod, as it gives a little more than just a kick.

You’re walking with the Girlfriend and find a mysterious door that opens up to a new dimension. In the new dimension, you’re greeted by the Red, a being that’s superior to the ones in the same dimension as him. The Red was hired by the Girlfriend’s father previously, and he wants to battle you as usual. Beat him up in the battle and fight off everything he throws at your way.

The mod has been developed in such a short while, but plenty of fixes came since then. Both the animations and the code stuff behind the scenes have been improved. If you want to play a clean FNF mod that’s out there, Red mod is one of the best.

Friday Night Funkin x Red mod is playable online. Unlike other similar game mods that have a high size, x Red mod is perfect on the browser. You can play it on the go and works perfectly on every browser, including Microsoft Edge – as you no longer need Flash Player.

Start playing FNF x Red mod online no download and get to the game.

As for how to download it, you can get the mod on your computer and set it up pretty quickly. You’ll only need to unzip the game files and run the game.