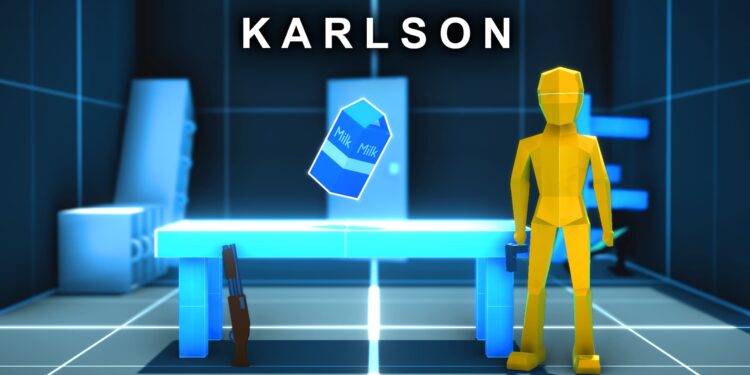 If you have been looking for a great first-person shooting game, then we have a great suggestion for you! We believe that you are going to love Karlson, which is about to be released soon. This amazing game combines FPS with the parkour genre and is highly promising.

It offers an epic adventure to those who are looking for a fast-paced game. You are going to control a milk-thirsty man, and nothing can ever stop you from drinking it! If you would like to learn more about this great game, this review is for you! We have covered everything you may want to know before the release.

Karlson is one of the promising games that is going to be released in the near future. This amazing game is being developed by Dani, and already, thousands of players are looking forward to it. Without a doubt, it offers a great adventure for players who love parkour and first-person shooter games.

Thus, we wanted to prepare this review for those who are looking for an exciting game. Unfortunately, it is not released yet, but we have shared everything we know in the following for you. There is no doubt that this fast-paced shooter game will be one of your favorite games!

You are going to control a thirsty guy named Karlson and can do whatever it takes to drink milk. However, he is going to face plenty of robots who will try to stop him from drinking it! Of course, this will not be an obstacle to him thanks to your shooting skills.

The best part of Karlson is it has amazing parkours that you need to complete as quickly as possible. Players can play three different modes. These are single-player or story mode, multiplayer, and map editor. You can create your own maps to enhance your gaming experience or compete with other players from all around the world.

Unfortunately, Karlson has not been released yet, and there are no official announcements about the planned release date. On the other hand, we all expect Karlson to be released in 2022. You can visit its official Steam page and add it to your wishlist.

In this way, you will receive a notification when the game is released. We also expect it to be offered at an affordable price, which every player can easily buy without thinking twice.