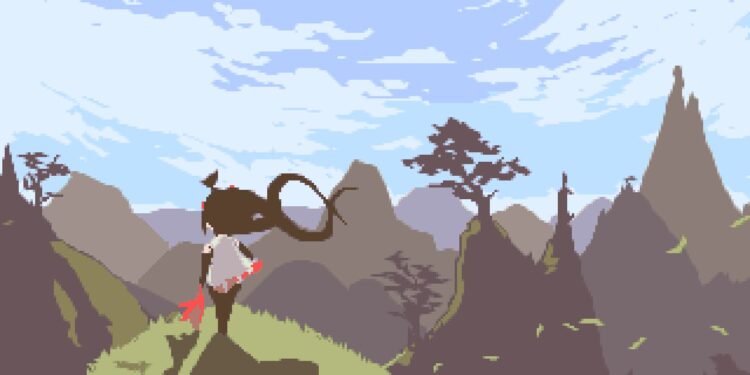 If you played Momodora before and liked it, here is great news for you. Momodora 2 is live now! However, we need to warn you that the game had many improvements. The developer abandoned the arcade-style gameplay to improve the overall gaming experience.

Without a doubt, Momodora 2 will be one of the most preferred games that are developed by an indie developer. If you have never played the first game before, you can directly start playing Momodora 2 with peace of mind. Both games are separated games with slightly different mechanics.

Momodora 2 has been released recently and developed by an amateur developer. The game was developed by rdein, and Temmie Chang contributed to the development of her artwork. As an outcome, an amazing and cute indie game emerged. The game is also managed to offer a great adventure to players.

This is a puzzle-platformer game where you are going to follow the story of the main character. In addition to this, this retro game supports controllers. Unfortunately, the game is only available on the Windows platform, but you can enjoy it with the controllers you are going to plug into your PC.

Keep in mind that you need to install software called Antimicro to activate the controllers.

Momodora 2 is a retro platformer game that offers many challenges to players. Unlike the first game, the concept of Momodora 2 is not exploration. Instead, you are going to play the story of the main character.

Your main character is a priestess that has a mission to banish all the evils that are around her hometown. You are going to help her to achieve her goal in this great game. But this will not be an easy task for both of you. However, one thing we are sure of is you are going to have plenty of fun while trying to do so.

Considering that Momodora 2 is offered for free just like the first game, you may want to give it a try as well. We are pretty sure that you are going to find it quite relaxing. You can spend your time completing the stages in Momodora 2.