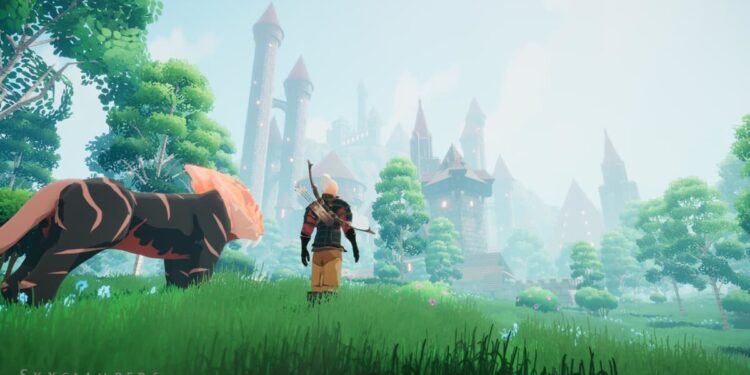 Skyclimbers is the up and coming RPG game in an anime-styled universe where you can build your own kingdom and take control of the monsters by taming them.

It’s a multiplayer RPG in a somewhat different world than most MMORPG players are accustomed to. Although it hasn’t been fully released, those who had a chance to play the beta version of the game provided a very positive feedback to the game. If you’re looking for a MMORPG that’s unique in many ways, Skyclimbers is going to be the one that deserves countless hours of gameplay.

Looking for a place to download Skyclimbers? You’re going to be out of luck as the game hasn’t been released yet. Skyclimbers is expected to hit the stores in early 2022, about a couple of months from now.

On Steam, you can see the game’s page but find a place to download with no luck. Those who pre-order the game on Steam will be the ones who get to test the game first.

With over 10 GB of disk space required, Skyclimbers won’t be your typical multiplayer RPG game. As the animations and graphics are considerably light, the 10 GB disk space required tells us that the universe the game is going to offer will be quite big. Until Skyclimbers get a full release by Paratope, the company behind the game, we have no option but to look further down in time. As soon as Skyclimber is released, we’ll keep you updated on the platforms you can download the game.