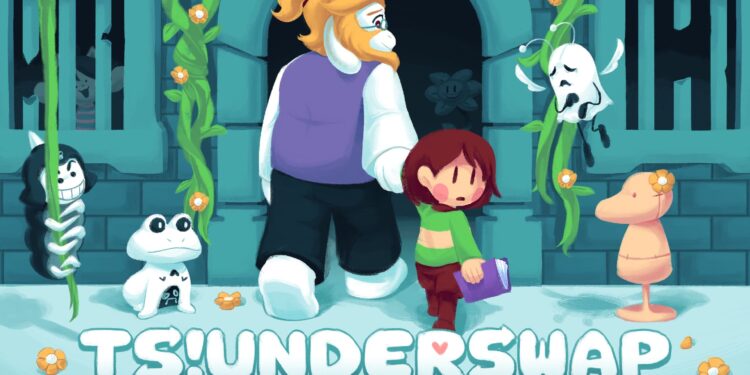 If you follow fan games, then you might be seeing TS!Underswap a lot these days. This is a fan-game that based on one of the unique indie games called Underswap, where you can swap characters from alternate universes.

In this article, we have covered everything you might want to learn about TS!Underswap. You can find what it is, when is its release date, and much more! So, if you are planning to learn more, then this review is for you. Let’s stop losing more time and dive into our topic.

As we noted before, TS!Underswap is a fan game that is based on Undertale. Creators Team Switched is creating the game based on a community-created character role swap concept. In this regard, TS!Underswap offers new features, characters, and much more to the original game.

The TS! at the beginning of the name of the game stands for Team Switched. Team Switched is the fans who are currently working on this new fan game to make it happen. It is worth noting that the full game is not released yet, and it will be completely free.

When Is the Release Date of TS!Underswap?

Players who want to enjoy TS!Underswap can download TS!Underswap right now. However, the full game is not offered yet, and you can only access the demo version. On the other hand, the developers will build the game on top of the demo version. Thus, you may want to start playing and have fun starting from today!

You can now download TS!Underswap demo on GameJolt. The best part about TS!Underswap is that you can keep your saved files for the new versions until the release of the full game. For now, the developers are planning to launch three updates and then launch the full game as the fourth update.

What Is New in TS!Underswap?

It is worth noting that although TS!Underswap is a fan game based on Undertale, the developers did not copy the exact game. Instead, they offered plenty of new features to players from graphics to sounds. You can find plenty of new plot elements, sprites, enemies, and NPCs in TS!Underswap.

Besides these, the new game offers new game mechanics such as a journal and inventory system. You will also find more Easter eggs and new bosses. Another important feature is the Spep mode, but developers do not explain any details about it yet.