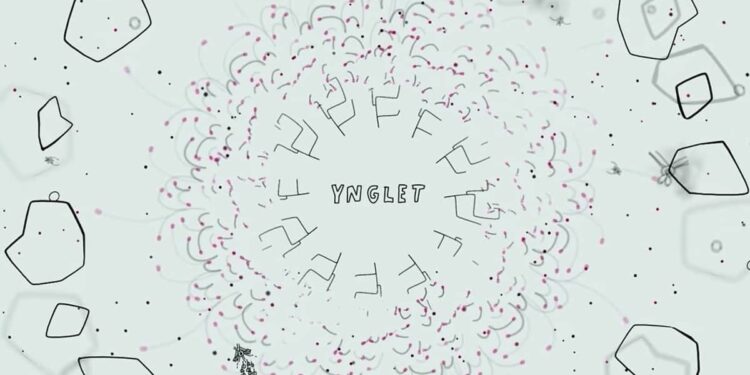 The reviews of platformer games aren’t taken into account as much, but here is one that doesn’t surprise to amaze us with great gameplay and soundtracks.

Ynglet is a platformer, in a way that’s not so much of a platformer. It doesn’t have any physical platforms to stop you as you go through the bubbles of the space that resembles an ocean. After all, you’re not going through a linear direction. You have all of the directions to yourself up, down, left, and right, with the purpose of exploring.

The game also features the famous negative mode, where it takes significantly longer to beat the game. Even the speedrunner world record is 40 minutes. Considering that speedrunners are about 20 times as fast as a casual player, you get the picture of how long it will take us to complete!

First and foremost, Ynglet is definitely worth your money. The user reviews don’t prove otherwise, as it racked up a significantly high overwhelmingly positive rating. A game that’s liked by everyone as much as Ynglet would cross your mind to have a price tag of upwards of $20, but you’d be wrong. That’s why it’s worth your money so much as it only costs $4.99. It’s even cheaper if you’re living outside of North American, Western Europe, Australia, or New Zealand.

You can get Ynglet on Steam or Itch IO. If you’re into indie games, we also recommend checking out the enhanced client of the biggest indie game platform in the world.

Get Ynglet on Steam

Get Ynglet on Itch IO

As for running the game, you shouldn’t have problems with your specs. According to the developers, the game runs perfectly on processors that are as much as ten years old. It requires 1 GB of disk space, and potential updates may require you to increase this. Overall, Ynglet is an extremely fun platformer that gives you the freedom to explore while focusing on the main objectives.