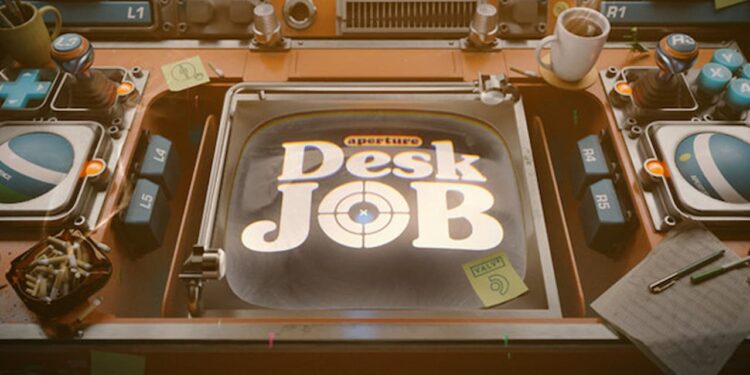 Are you ready to do some desk jobs yet have plenty of fun? If so, then Aperture Desk Job may be one of the best games that you can play these days. The game has recently been released and offers a unique adventure to its players.

In the following sections, we have covered everything you may want to learn about this fantastic game. However, we would like to warn you that you cannot play the game with your keyboard and mouse. Unfortunately, players need a controller to enjoy this great game. This may be a huge setback for some players.

Aperture Desk Job is a game that was originally developed for Steam Deck, but it is also available for Windows and Linux. The game was developed and published by Valve on March 1, 2022. Players will find themselves in a great simulation game where they will stand behind their desks and control things.

One of the biggest features of Aperture Desk Job is that it is a free-to-play game. You do not have to spend a penny to enjoy this fantastic game. The game is full of challenges, and we assure you that you will never feel bored at all. Even though you are going to handle desk jobs, the concept will change too often.

Players will start playing the game on their first day at work. You will take your place in the corporate world, but nothing will go as planned, and soon you will have to deal with plenty of troubles. However, this is what makes the Aperture Desk Job quite fun and challenging.

The idea of sitting behind a desk and controlling things may sound boring, but the facts are just the opposite. Aperture Desk Job offers a unique adventure to players, which they can enjoy a lot.

As you can see, you need an average computer to enjoy this great and fun game. Considering that it is a free-to-play game and that it was released recently, we believe that the fan base of the game will increase rapidly in the following days.