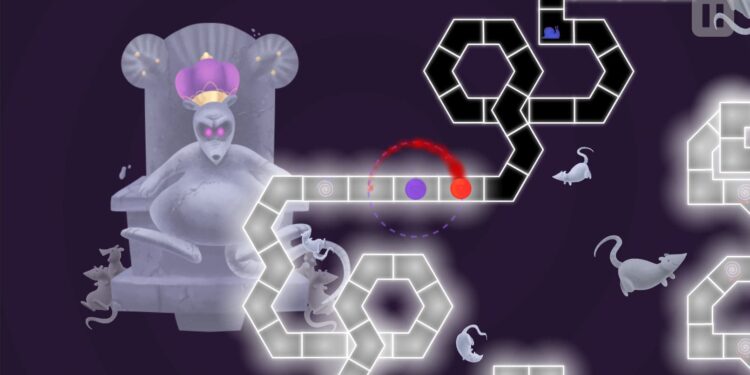 (ADOFAI) A Dance Of Fire And Ice Overview

Abbreviated as ADOFAI, A Dance Of Fire And Ice, is an indie game in the genre of one-button rhythm games. Even though the game was released on August 24, 2014, ADOFAI managed to remain popular over the years and years.

The logic of the game is so simple. There are orbiting planets as they travel down a winding path. Blue for ice and Red for Fire. There is also a song in each chapter. Due to the game being a rhythm game, you should press the backspace on your keyboard when the beats up. Thus you will try to pass the levels without crashing the two orbiting planets.

(ADOFAI) A Dance Of Fire And Ice Available Platforms

ADOFAI is available for mobile platforms and computers. You can buy the game to play the game on your computer on Steam for $5,99. A Dance Of Fire And Ice game is also available on itch.io for $3,99. It is worth noting that the Steam version of ADOFAI contains more levels than the itch.io version.

Is the dance of fire and ice free?

Unfortunately, A Dance O Fire And Ice is not a free game. But you can play it at an affordable price though. Whether you are a mobile gamer or PC gamer, you can purchase the game on the platforms above at affordable prices. There is also an online demo option of the game on itch.io, so you can try it without paying.

Even though ADOFAI initially was released for the PC platforms, developers released the mobile version of the game after its initial release. So, you can now play ADOFAI on mobile devices which are operated by Android OS or iOS.