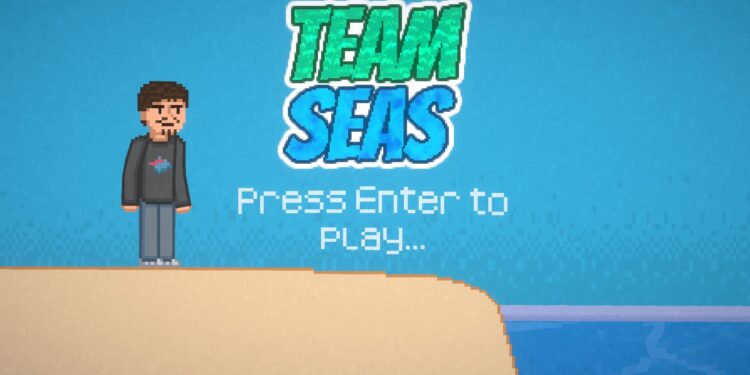 Team Seas is one of the most important projects in the world, which received more than 30 million backers. This amazing project focuses on sea and ocean pollution. Unfortunately, we contaminate the seas, oceans, and other clean water sources.

In this regard, a special project called Team Seas started. They find contaminated areas, remove the trash in the seas and oceans, and recycle the trash. An indie developer released a fun game called Team Seas to attract more attention.

In the previous section, we briefly mentioned the mission and vision of the Team Seas project. As we noted at the end of that section, there is also a game with the same name. This review is about this fun game, and you can play it for free whenever you want.

The game was recently developed by an indie developer called JasperDev. The game itself has the same concept as the project, where players clean the sea of trash. In addition to this, the game also directs players to donate to this beautiful project. In this respect, we believe that the cause of this game is highly important.

The gameplay of Team Seas is highly straightforward. In fact, it is an indie game that was developed by an indie developer. If you have been looking for a fun game to play in your free time, then we can recommend this amazing Team Seas game.

As a player, you will try to collect the garbage dumped into the seas or ocean. The more items you can collect, the higher your score is going to be. However, there are also TNT crates, which you need to avoid. If you touch any of them, you will lose the game and have to start from the beginning.

Why Is There a Team Seas Game?

The Team Seas game is a highly straightforward game that you can enjoy to relax. The main reason why JasperDev developed and released this game is that he wanted to attract attention to the Team Seas game.