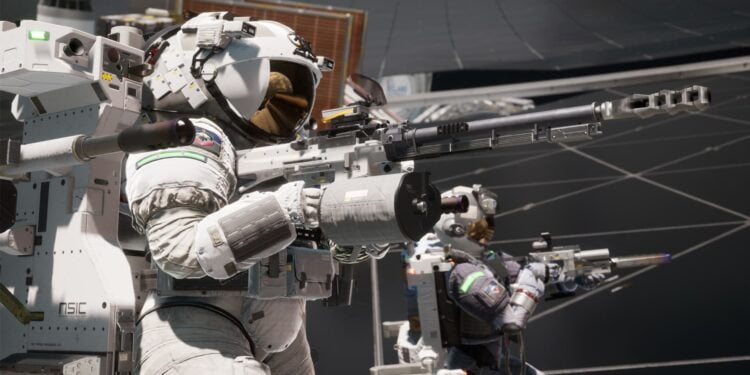 Boundary is one of the promising space shooter games that offers a first-person shooter. When we talk about space shooter games, we often think of spaceships. However, in Boundary, you are going to adopt a more hands-on approach and compete with your opponents in space.

The game has been developed by Studio Surgical Scalpels and is planned to be released in 2022. This is why we wanted to create this review for you to let you know everything about this fantastic game. We believe that you are going to love Boundary and its low-gravity operations a lot.

This great game offers zero-g warfare to players. Your actions are unlimited in this space, and we believe that it will provide you with a unique fun opportunity. In addition to this, players can customize their weapons and their protective suitcase to reflect their style or personalize their combat style.

You will also find plenty of real-life technologies in Boundary and will be able to use them to enhance your combat. Players can also choose between different soldier classes that offer unique combat mechanics and styles. In short, Boundary offers all kinds of advantages and mechanics that you would like to find in a first-person shooter game.

Boundary is one of the most anticipated games due to its concept. However, the exact release date of the game is still unknown. One thing we are sure of is that it is going to be released in 2022. On the other hand, we should not forget that many games were postponed due to pandemic conditions during this period.

If you do not want to miss anything about the game, you may want to add the game to your wishlist on Steam. In this way, Steam will let you know when the game is released.

The good news is that an average computer will be enough to play Boundary. The game takes about 30 GB of available space on your hard disk, and you need Windows 10 to play it. For the minimum system settings, you also need an Intel Core i5-4430 or AMD FX-6300 processor, an NVIDIA GeForce 1060 6 GB graphics card, and 8 GB of RAM.

On the other hand, if you would like to play Boundary on the recommended system settings, then you will need at least an Intel Core i5-7600K or AMD Ryzen 7-2700X processor, an NVIDIA GeForce 2060 6 GB graphics card, and 8 GB of RAM.