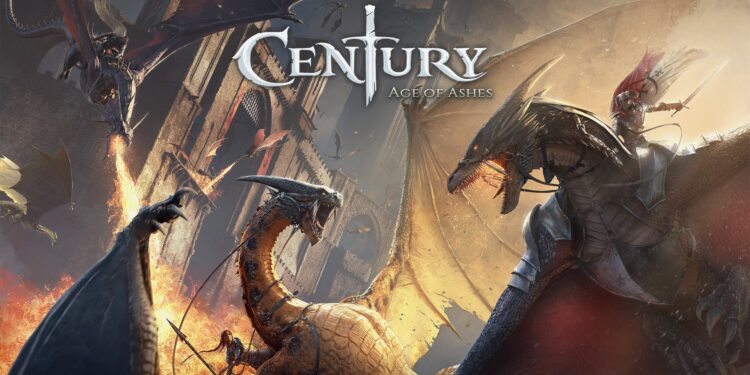 Get ready to battle with your dragons in the Century Age of Ashes! This new and amazing game already managed to create its own loyal fan base only in a few days. Thus, we wanted to share a detailed review of this fun game that you are going to love playing. Moreover, it is completely free to play!

Century Age of Ashes offers great versatility to players in gameplay, and we believe you are going to love it a lot too. The game already received plenty of positive feedback from the players who tried it. Besides choosing your class, you can also choose between a wide range of dragons to ride. Thus, it offers a great chance to customize your combat strategies.

Players can choose between three classes with their unique abilities and skills. These classes are Windguard, Phantom, and Marauder. Windguards can disorient their enemies and equip shields, while Phantoms specialize in stealth and are masters of traps. As a Marauder, you will be tracking your enemies one by one and destroying them.

Depending on your preferred combat style, you can choose one of these classes in this fun and free multiplayer game. In addition to this, players can customize their dragons, the way they want. The game offers a full customization opportunity so that you can reflect on your own style. It also offers three types of arena battles for enhanced gaming experience and fun.

Where to Play Century Age of Ashes?

Century Age of Ashes was released on a wide range of gaming platforms. If you are a PC gamer and run Windows, you should not have any worries as usual and can download the game on Steam. Unfortunately, the game does not support macOS and Linux operating systems. Moreover, it seems like the developers do not have any plans to release the game on these platforms.
On the other hand, all console players, including PlayStation 4 and 5, Xbox One, Series X, and Series S owners will enjoy the game in the following year. If you are a console player, keep following JixPlay to learn the exact release date for console platforms.

Why Should You Play Century Age of Ashes?

Without a doubt, Century Age of Ashes offers an intensive combat adventure to players. After all, you are the master of dragons and riding one to destroy all your enemies. The game offers three battle arenas with different objectives. Thus, we believe that you will never get bored from playing Century Age of Ashes at all.
In the carnage mode, you will be competing in teams consisting of six players. It is the deathmatch mode of the Century Age of Ashes and offers great fun. On the other hand, you can also prefer the Gates of Fire arena, where you will try to capture the enemy flag. The third arena is called Spoils of War and teams will compete to steal or protect their gold pile.
In short, Century Age of Ashes offers a versatile gaming experience for players. However, most importantly, you are going to fight while riding a dragon!