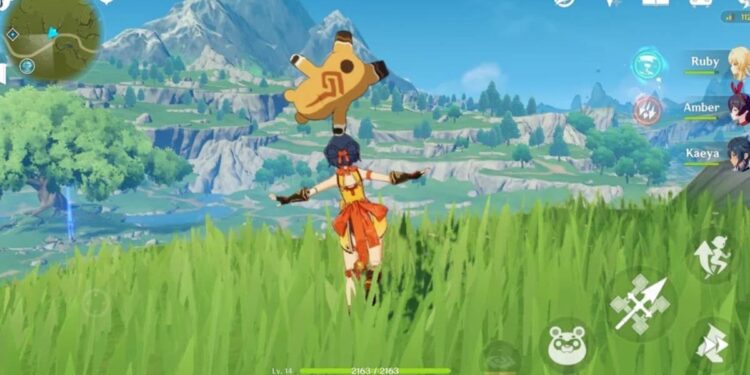 Genshin Impact offers a smooth and overall a well-design mobile gameplay. Initially, Genshin Impact may not get your attention as a mobile game, but the well-design controls and the features like 60 FPS-or even 120 FPS depending on your device, make it a feasible experience.

It works perfectly on both iOS and Android devices. The only downside to the game, which may not also be a downside given how things are changing, is the total file size. With over 6 GB, it’s one of the biggest mobile games to have on your pocket. Although it might take a lot of space on your phone, Genshin Impact is one of the most fun games to play with friends, thanks to its co-op mode.

Another great feature mobile players will appreciate is crossplay. Players can exist in the same world even when their friends play on a different platform. Aside from mobile, Genshin Impact is available on Microsoft Windows, PS4, Xbox One, and Nintendo Switch. If the large space Genshin Impact requires isn’t a problem for you, it’s a great game to have lots of fun especially with friends across multiple platforms.

Get Genshin Impact from the following links for both iOS and Android mobile devices.