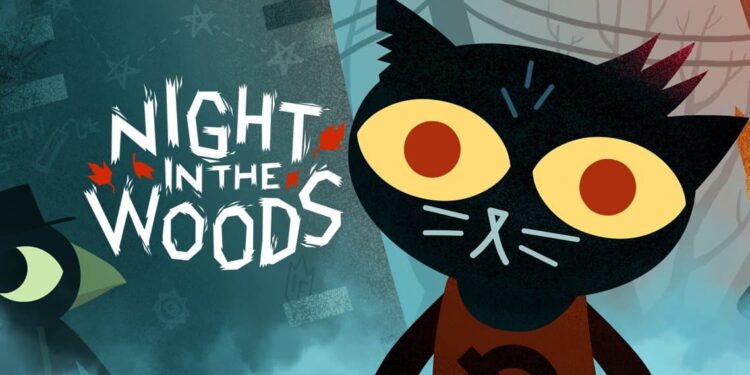 Night in the Woods is one of the games that was funded by a Kickstarter project and came into life in 2017. Since the first day of its launch, the game has managed to attract the attention of players. It is one of the story-rich games that you should try if you want to relax in your spare time.

Therefore, we wanted to share this review with you. If you would like to learn more about Night in the Woods or are looking for a fun game to play, then we highly recommend keeping reading. In the following sections, you will find what you are looking for.

This fantastic and atmospheric game is an ideal choice for those who are looking for a relaxing adventure game. Night in the Woods was developed by Infinite Fall and published by Finji on February 21, 2017. Since the first day of launch, the game has managed to receive plenty of positive feedback from players.

It is worth noting that Infinite Fall consists of three developers: Bethany Hockenberry, Scott Benson, and Alec Holowka. These three friends teamed up to create a Kickstarter project for Night in the Woods. After successful funding, today we are able to access and play this amazing game.

You are going to control a cat that went far but later returned to his hometown. He had many plans for his return, but he notices that everyone is a bit different now. His friends are grown up, and they all have their own problems to deal with.

In addition to this, his hometown is also a bit different now. Although everything seems perfect in the daylight, things change a bit at night. You need to meet with your old friends and new characters to learn what is going on.

If you want to try the game, you can now head to the Steam page of the game. If you are a console player, don’t worry! Night in the Woods is also available on PS Store, Xbox Store, and Nintendo Store. Mobile gamers can also find the game only on Apple App Store.