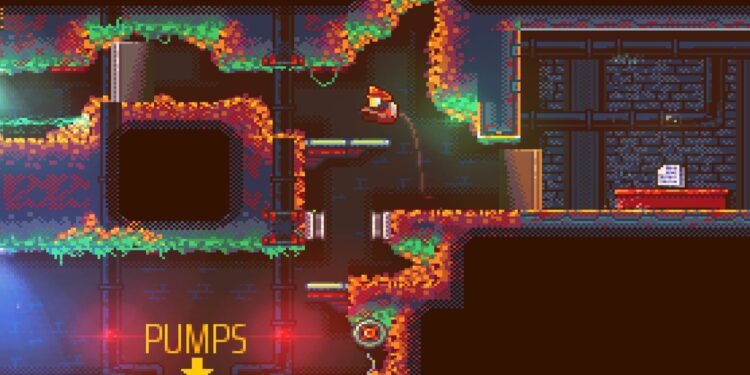 Nuclear Blaze is a 2D firefighting game that you’ll need the save the whole world from the flames. It’s a great game to spend time, and if you have a youngster as young as three years of age, it can be a great way to excite them and contribute to their dreams of becoming a firefighter. The developer of the game, Deep Night, has added a kid mode just for this where the water is infinite and the firefighter character doesn’t die.

While a kid mode is good to have, the actual game itself is much more complex than that as you’ll need to watch out for where you’re aiming the water hose and put out the fires. You have a limited water supply where you replenish along the way and put down fires.

How to play Nuclear Blast

Nuclear Blast first appeared on Itch.IO and because it had a massive following right after the release, it will be on Steam soon. To play Nuclear Blast, you’ll need to download the game as it cannot be played online through the browser. You must install the game on your device and start playing.

At the time of writing, Nuclear Blast is only available on Microsoft Windows and it will be available on macOS and Linux after the Steam release. The Nuclear Blast we have now and the Steam version of it is going to be significantly different as it will feature more in gameplay.

As the developers of the Nuclear Blast focused on quality over quantity, the game doesn’t take much time to beat and with the Steam release, we may have a game in our hands that takes as much as ten hours to finish. Nuclear Blast can be a great objective for speedrunners since the purpose of the game is simple.