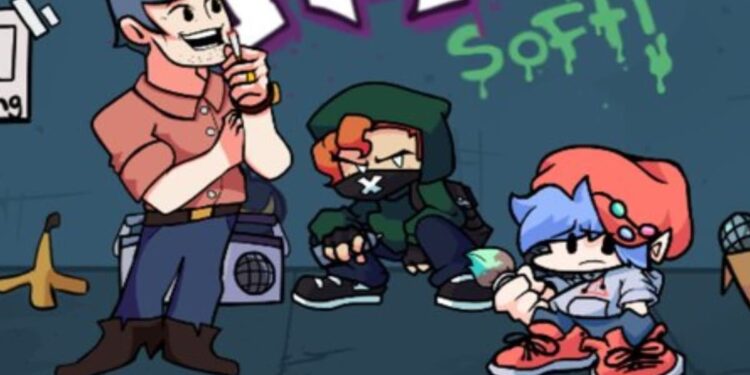 Soft mod Friday Night Funkin is not a that you should take with a grain of salt. The mod starts as some sort of a continuation of the original story and features the characters you’re already familiar with. However, this doesn’t mean that all you see will be them. You’ll come across new characters that spice up the gameplay of the Soft mod FNF.

Unlike the majority of the mods where you’re playing as a character, following their backstory and furthering on what awaits them, Soft mod FNF is going to be a new experience entirely. Because you already know the backstory, assuming that you already beat the original Friday Night Funkin, it will almost feel like a sequel to the game.

Soft mod FNF features 6 completely unique chapters with 12 playable songs. The mod is also visually updated where every character is reimagined and has plenty of dialogues that will be favored by those that love storytelling in videogames.

While Soft mod FNF is unlike any other mod out there with comprehensive content, it’s the same as others when it comes to playability. You can play Soft mod FNF on your browser without downloading the game files. This will enable you to test the mod to see if it fits your liking. You can then download the mod to play it locally on your computer.

Take note that Soft mod FNF is a finished mod that’s tested for bugs and potential errors. If you’re experiencing complications with the mod, make sure to shut down all the other tabs on your browser and applications running in the background. This is especially recommended to those that are playing on a low to mid specs computer. When your GPU or CPU gets used too much, you are bound to experience delays where the responsive elements lack behind and cause the mod to slow down.