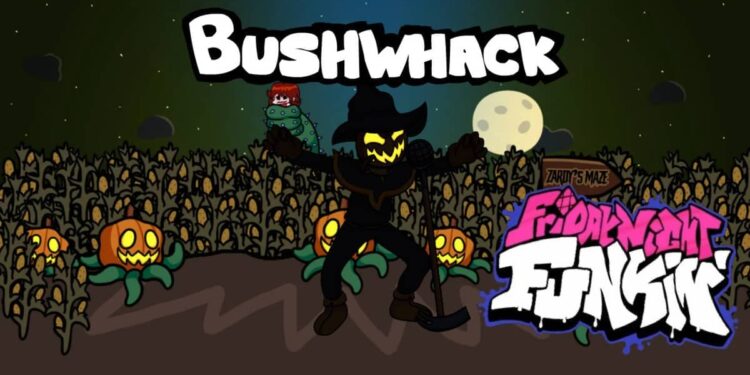 Zardy mod has been around in the list of Friday Night Funkin mods for a while. It was well before announced that there will be different stages to the mod where you’re able to play the mod and get the jumpscares.

Unlike a traditional approach to the Friday Night Funkin mods where you’re playing against a brand new character, in a not so far away world, Zardy Phase 2 offers much more than that. The mod almost feels like a funky yet scary game that falls outside of the Dance Dance Revolution genre.

When playing Zardy Phase 2 mod FNF, you’ll soon realize that it’s not all about the beats and cutscenes with a little bit of dialogue for your entertainment. With jump scares coming in unexpectedly, Zardy Phase 2 is best played on full screen with headphones on. The louder the better, as the mod will get you hooked not only to the soundtracks but to the never-ending jump scares.

Over the last couple of weeks, the FNF mods that came were quite similar to the ones we’ve seen so far. A mod that’s as large as the Zardy Phase 2 is unfortunately not playable online, at least for the time being. If and when, the developers behind this utterly scary mod comes up with a way to reduce the file size of the game and make it available to play through browser, we’ll keep you updated. In the meantime, you can download and play the Zardy Phase 2, the same as the first version of the mod.

One side note about the Zardy Phase 2 that you should keep in mind is that the mod is very intensive on even mid-specs computers. If your computer gets too hot or you have troubles running the mod with delays in response times, make sure that the game is the only thing that’s open, and make sure to turn off any applications in the background.