About The Game: Cuphead Review 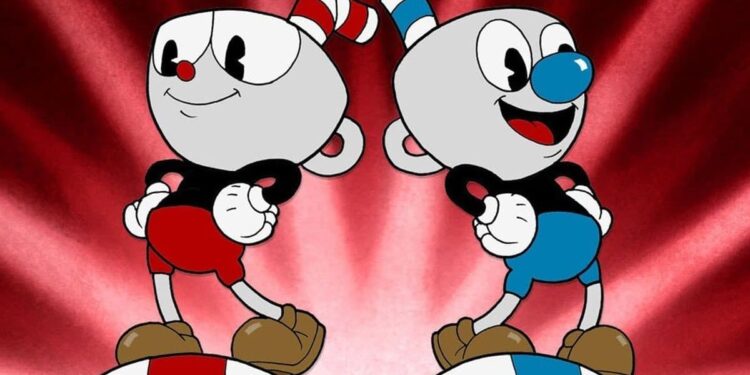 Cuphead is a run and gun videogame that’s available on multiple platforms including Switch, Xbox, PlayStation, PC, and macOS. It’s definitely one of the most fun games to play with other people as you can smash together on the run and defeat bosses.

In this article, we will review Cuphead, explain the things you should know before you buy, and help you understand if it would be a good addition to your collection.

It’s unquestionably fun and games with Cuphead, and now that there is a DLC coming out soon titled Cuphead: The Delicious Last Course, it will add up to the joy of Cupheaders even more.

After playing Cuphead for countless hours, it’s not uneasy to point out what makes it different than other run and gun videogames after acknowledging its unique look.

Cuphead is heavily influenced by the cartoons of the 1930s freakish and surrealist traits. This carried on to the sounds and feel of the game. It almost appears like you’re coming face to face with mean bad guys from those cartoons. What challenges you will find in Cuphead is the sheer hardship of proceeding to the bosses – let alone finally taking on the bosses. It’s overall a very hard game, especially if you haven’t had much experience with platform-like, and run and game videogames.

The Devil is your main antagonist

The challenges of Cuphead might not be clear at first as you are greeted with two cup heads (literally) smiling at you with hands put on their waists. But, if you deal with the devil, you get what you expect. The main purpose of Cuphead is to collect souls for the Devil – the main antagonist of the game – and beat it in the final.

Although our favorite boss was King Dice thanks to the fun soundtrack throughout the gameplay which was very enjoyable, the final boss of Cuphead is the Devil which Cuphead and Mugman are collecting souls for. Titled as One Hell of a Time – not so much as it cannot be played in Simple Mode – taking on the Devil it’s the most challenging and perhaps, the most fun part of the game assuming you got there without hating the game.

Before you buy Cuphead – Here is what to consider

Before you buy Cuphead, we’d like to go over the price a bit. It currently sells for $20 on all platforms. It’s at a very decent price range where it’s clearly not cheap, but not overpriced for what you get either. The ability to play it with two players makes Cuphead such an appealing videogame. Especially if you’re trying to find videogames to play with your significant other.

Other than these to consider, the current speed run record is 32 minutes and 15 seconds. Given the speedrunners are significantly faster than average players, you will have plenty of hours to finish Cuphead – considering the time it takes to get used to everything, even days.

You like run and gun or platform-like videogames where you can take a moment to sit back and excite yourself with everything Cuphead offers. This is a highly suggested game for those who have experience with similar games where you fight one boss after another. In our honest opinion though, Cuphead is best played with one more people, preferably someone you feel close to as it makes everything even funnier.

You have no experience with run and gun videogames and tend to enjoy more realistic and online videogames. After all, Cuphead is a 2d game. Cuphead will also not be a good pick for gamers who are prone to raging and don’t want to take the time it takes to get through the learning curve which we find joyful.

Final Words: Cuphead is an exceptionally unique and fun to play videogame where you will love, and possibly hate, then love again playing. It definitely takes some time to get used to the gameplay and the surrealistic approach it takes – but all and all – it’s a must-have game in most people’s collections.