by admin
in Articles 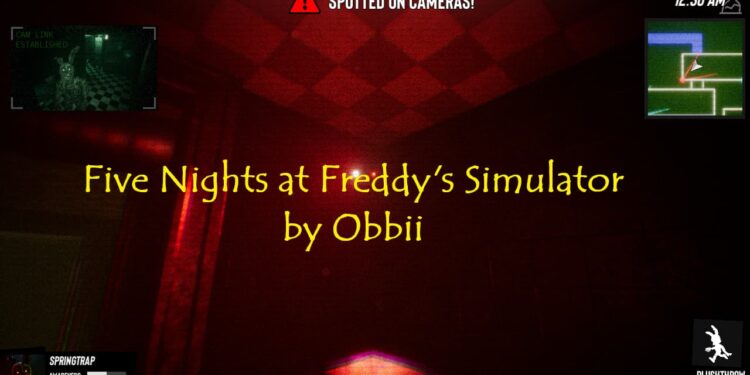 The FNAF series managed to be very popular all around the world since the release of the first game. Today, players can enjoy Five Nights at Freddy’s Security Breach. However, we cannot ignore the number of FNAF fan-made games that are published on GameJolt.

Thus, we wanted to share one of the unique fan-made games that were inspired by Five Nights at Freddy’s. Unlike the other fan-made games, FNAF Simulator offers a different perspective to players. We have covered this and much more in the following. So, you should not miss your chance to learn more about this great game.

FNAF Simulator is a fan-made game that was developed by Obbii, who is also known as Obsidious. This amazing game received plenty of positive feedback from the community and managed to be the most popular fan-made FNAF game on the internet. We believe you are going to love it a lot too once you try it.

What makes this amateur game this popular is you will not be the one who is trying to survive. Instead, you are going to be a member of the band and try to capture the nightguard. Players can play with different characters including Bonnie the Bunny or Freddy Fazbear!

How to Play FNAF Simulator?

FNAF Simulator also offers great freedom to players and lets them play any level they want. In this regard, it offers an enhanced gaming experience to players. If you have ever played any game in the Five Nights at Freddy’s series, you will already know what you need to do.

For those who have never played it before, you need to survive until dawn. However, since FNAF Simulator offers the opposite experience, you need to reach the night guard and take him down to win the game. Players make sure that they will not get caught on the camera so that the night guard will not know that you are coming!

Why Should You Play FNAF Simulator?

First of all, FNAF Simulator is a completely free game that anyone can download and play right now! In addition to this, the developer is constantly working on the game to introduce new features and mechanics. Thus, you will never get bored for a long time by exploring new modes and mechanics.

Considering that FNAF Simulator is offering the opposite experience to players, you can have plenty of fun in the game. We assure you that FNAF lovers will definitely enjoy their time a lot while playing FNAF Simulator.