Gravity Chase – Everything You Should Know 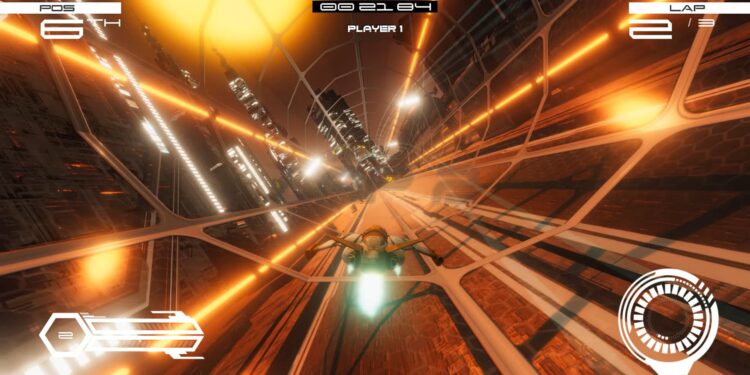 Gravity Chase is one of the popular games that are about to be released soon. This fun racing game offers a futuristic concept to players with 360-degree tracks! If you love playing racing games and are looking for a fast-paced gaming experience, then we can recommend this amazing game to you!

This is why we have compiled everything you should know about Gravity Chase in the following. Besides talking about the game in general, we also discussed its release date. Moreover, we have provided information about the features of the game and our opinions about whether you should play it or not.

In our opinion, Gravity Chase is one of the promising racing games that you should try as soon as it is released. The game is still under development and will be published by Repixel8. According to the official description of the game, it is an anti-gravity arcade racing game.

In this respect, we believe that Gravity Chase will appeal to many racing genre lovers! Due to its concept, Gravity Chase will be one of the fast-paced racing games that you can enjoy. If you would like to learn more about this great game, then keep reading!

When Will Gravity Chase Be Released?

According to the information provided on Gravity Chase’s official website and Steam page, the game will be released in January 2022. As of today, the game is still not released and there is one day left to complete January. On the other hand, the developer did not make any announcement yet about any delay.

So, it may be a good idea to wait a day for the official release. However, even if there is a delay, the game will be released soon. If there were any major setbacks to the development, the developer would let the players know in advance.

What Does “Gravity Chase” Offer?

Gravity Chase has a futuristic concept and mechanics that enhance the racing experience of players. For this purpose, there are 360-degree tunnels where you can ride your arcade vehicle that offers a unique experience. The game is a single-player game, but it can be played on split-screen with up to four players.

You can enjoy 16 unique tracks in the game with 10 vehicles, which you can upgrade and customize. Players can also choose between three game modes, which are Eliminator, Combat, and Arcade. In addition to this, you can pick up weapons and eliminate your opponents while racing.

Should You Play Gravity Chase?

Gravity Chase, we believe, is one of the promising racing games that provide players with a fast-paced racing experience. Its futuristic concept makes it quite appealing. However, Gravity Chase is not only a racing game.

Players can pick up different types of weapons to shoot other racers. In this respect, we believe that you are going to have plenty of fun while playing the game. Moreover, its co-op mode, which supports up to four players, can provide added joy to gamers.