Kick Everyone With Your Anger Foot

Kicking everyone in the middle of face has never been this fun. 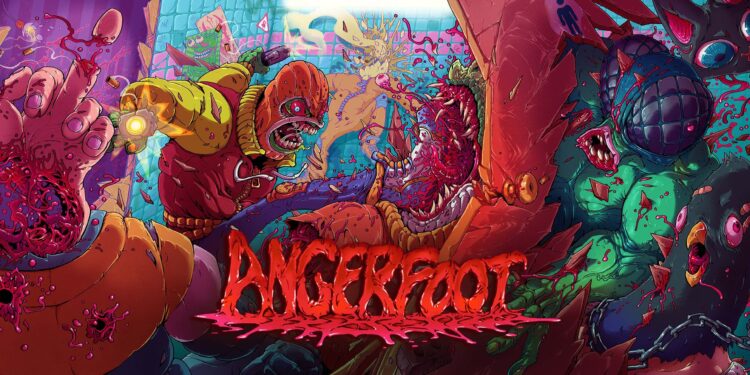 If you are angry and have foot, problems can be solved by kicking, right? Anger Foot is an arcade game where you can reduce your stress level by kicking everyone and every door. In this article, you’ll meet a great indie game and find its review with Anger Foot Overview. In addition, there are also some answers to questions that are asked by the community frequently, such as is Anger Foot free and what is anger foot on?

Anger Foot is a fast-paced arcade game that was developed by Robbie Fraser and released in 2021. Basically, you are trying to beat enemies with your foot and your shotgun to smash every animal-themed enemies you encounter.

Opening doors by your kick always seems cool when you are angry. This is what you are going to do in this game. You’ll not only open the doors by kicking but also kill the reptilian guys who wanted to dance on your dead body.

There are guns in this game, but you cannot reload them. Instead of reloading, you’ll throw them to these reptilian guys. Moreover, every key in this game is now the kicking key.

Even though it is a small indie game, you can have lots of fun with this game. Kicking doors and everyone’s face incredibly entertain. I think that this crazy game gives you everything that you can expect from an indie game.

Yes, it is a free-to-play video game that was developed by Robbie Fraser, Luc Wolthers, and Jason Sutherland for the 2020 7dfps game jam. And, you can now download Anger Foot on itch.io for free and start to have fun by kicking enemies.

What is anger foot on?

Anger Foot runs on Windows, macOS, and Linux PCs well. But, it’s doesn’t run on console and mobile platforms. Moreover, due to the game being a small indie game, you can run it on almost every PC released last 10 years.

Even though it is a small indie game, you can have lots of fun with Anger Foot. Kicking doors and everyone's face incredibly entertain. Anger Foot gives you everything that you can expect from an indie game.