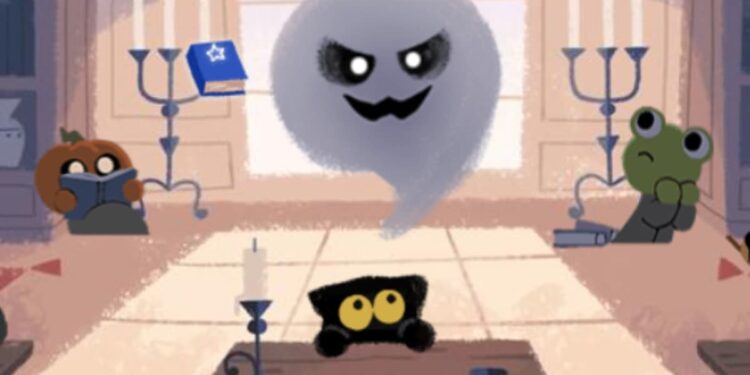 Also known as the Google Cat Game, Magic Cat Academy was first introduced on Halloween 2016 as a doodle. The Google doodles are interactive applications that you’ll see on the homepage of the most popular search engine in the world before searching something.

Although Halloween 2016 is long passed, you can still play the game. It’s a game that you won’t need to download as it’s a doodle and it will load up right away, as it’s a very light game.

Magic Cat Academy is made up of five different stages where it gets more difficult after every phase. The purpose of the game is simple. Destroy every ghost-like enemy that comes your way by drawing the shapes that appear on top of their heads. The shapes are very simple. You’ll draw vertical and horizontal lines with angle brackets. After a few tries, you’ll see that there are more than one shapes to draw to kill off your enemies. Draw them in order and make your enemies disappear.

Unlike the saying, you don’t get 9 lives in Magic Cat Academy. You’ll only get 6 lives across the five stages of the game. However, every once in a while, you’ll see a more cute ghost with a heart shape on top of it. That’s where you need to draw a heart to get more lives.

One trick about Google Cat Game is that you need to make sure that all of the lines you draw are straight. If the angle of the drawings is off, you won’t get to kill the ghosts and they will come closer to take each of your lives. It isn’t as fast-paced as you would think at first but gets very fast in the third stage where you need to see the ghosts that are closest to you and draw the right objects.

You can start playing the Google Cat Game in 2021 from here.