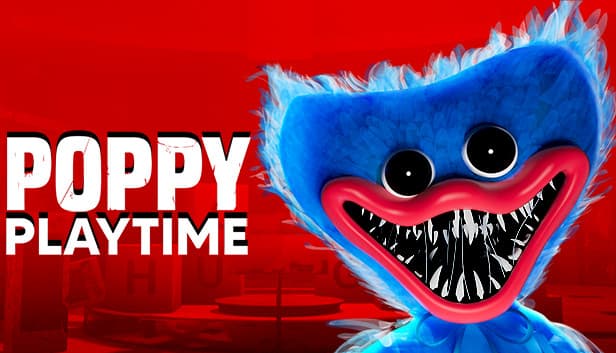 Sometimes our beloved toys can become the scariest things ever. Poppy Playtime is a horror adventure game set in a toy factory titled Playtime Co and features a gigantic toy that killed everyone working in the factory. Let’s dive into the most popular horror puzzle adventure game, Poppy Playtime, of recent times.

Poppy Playtime became one of the most popular horror adventure games after its initial release on Steam on October 12, 2021. Developed by MOB Games, Poppy Playtime features an ugly giant face toy named Huggy Wuggy, who also appears in the famous indie game of all time Friday Night Funkin.

Even though the game was released recently, it has been managed to get horror game lovers’ attraction very quickly. Cause it has an attractive story behind it. The whole game is set in an old toy factory titled Playtime Co, and the face of this factory is a gigantic toy with a plush freaky face. In one day, everyone, who is working in this factory, mysteriously disappeared. And you are the one who should solve this mystery.

To solve this mystery, you need to solve puzzles. You are not able to play the next chapter unless you solve all the puzzles in the current chapter. You’ll move your character with a keyboard and mouse. You can also get interaction with objects around the factory by using a keyboard and mouse combination.

Poppy Playtime was initially released on Steam with a price tag of $4,99 on October 12, 2021. Actually, it’s pretty cheap to have fun with such kinds of games. The game is still available on Steam, and it has not an age restriction. So, horror game lovers of every age can purchase and download Poppy Playtime on Steam.

The game runs on only Windows-operated PCs. So, if you have a Macbook or Linux-operated PC, you won’t be able to play the game on your device, unfortunately.

If you like to play short horror puzzle adventure games, you will probably like this game a lot. You can find more games like this by visiting JixPlay frequently.