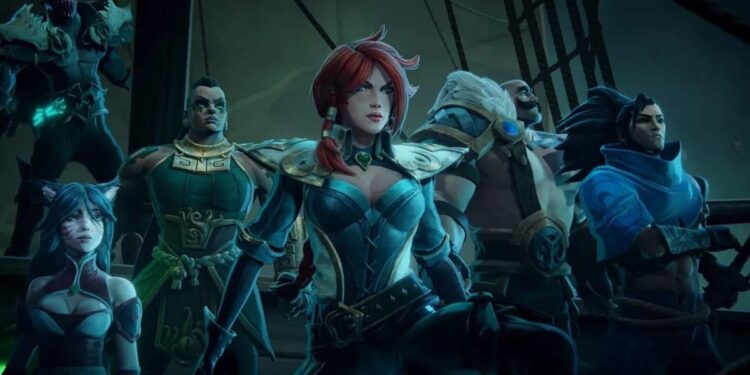 Ruined King PS4 release date and Xbox release date have been on speculations lately as Riot Games announced that it would also be available on consoles and PC. The free-to-play title is expected to have a business plan that revolves around cosmetic purchases. Considering that Riot Games have a lot of experience with coming up with content that is purely cosmetic that players love having, we will have many things coming with the game’s release.

There hasn’t been much news on the game’s release, but it’s highly anticipated that the game will foresee its release before the start of next year, 2022. Whether this is realistic or not is up to you, but given the delay on Wild Rift, which was a significant one, it wouldn’t be a shock if Ruined King saw a delay. A delay is also combatted with how simple Ruined King is expected to be. Because Ruined King has an emphasis on the storyline of the League of Legends universe, a delay is a second expectation.

Ruined King on what consoles?

Ruined King is available on pretty much all consoles. You can play Ruined King on PlayStation 4, PlayStation 5, Xbox One, Xbox Series X, Xbox Series S, and Nintendo Switch. On all platforms, Ruined King is believed to be free. However, since Riot Games never really released a game for consoles in the past, it isn’t 100 percent confirmed yet. We’ll see whether it’s free-to-play on consoles like Wild Rift and League of Legends itself or not in the coming months.