Windjammer is back with a sequel – Windjammers 2 Review 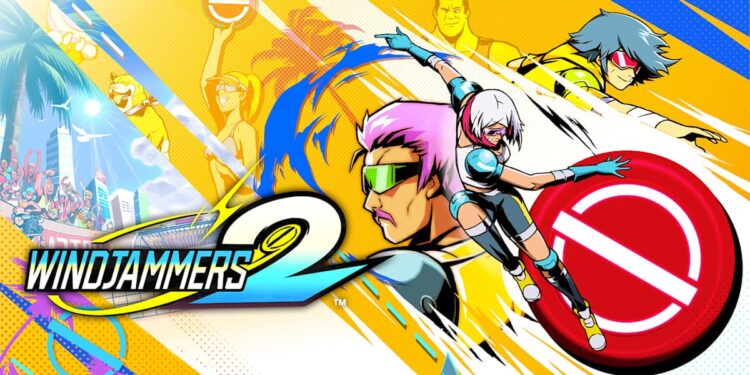 If you have been looking for a fun sports game, then we can recommend Windjammers 2! This amazing arcade game offers a great opportunity to have some fast-paced fun with your friends and players from all around the world.

This is the second game of the series and just like the previous one, it offers player versus player battles in different levels. It is worth noting that all the graphics in the game are hand-drawn. Players will find new characters, new moves, and new stages to compete with other players in Windjammers 2.

Windjammers 2 is a fun and new indie game that was developed and published by Dotemu on January 22, 2022. The game managed to attract the attention of players quickly with plenty of very positive feedback on Steam. It offers a great player versus player battle with a sports theme.

In addition to this, players can choose between different characters with different skills. There are 10 characters in the game and each character has his or her signature attack. Moreover, you can also find plenty of stages and new moves compared to the previous game of the series.

If you are an old gamer, then you might remember the Windjammers game, in which Windjammers 2 is basically the same with improved mechanics, stages, and characters. The game has a sports theme, where players will battle on a stage and try to score against each other. You will be playing with a flying disc.

We would like to note that mastering your skills in the game will take some time, but you will also enjoy your time a lot while mastering them. You need an active internet connection to play this multiplayer game. Players will compete with each other to be the winning side in each game.

The good news about the system requirements of Windjammers 2 is you do not need advanced hardware. Firstly, we would like to note that the game only supports Windows and players need to have at least Windows 7 to run the game. In addition to this, you need at least an i5 processor to run the game smoothly.

For the graphics card, you need to have a NVIDIA GTX 960 / Radeon HD 5750 or a better model. Moreover, you need at least 4 GB ram. Unfortunately, the game does not support 32-bit processors, you need a 64-bit processor as well.

Windjammers 2 is also available for PlayStation 4 on PS Store. On the Xbox side, the game runs on Xbox One and Xbox Series X|S and the game is also part of Game Pass. When it comes to Nintendo, Switch owners find the game on their Nintendo Stores.