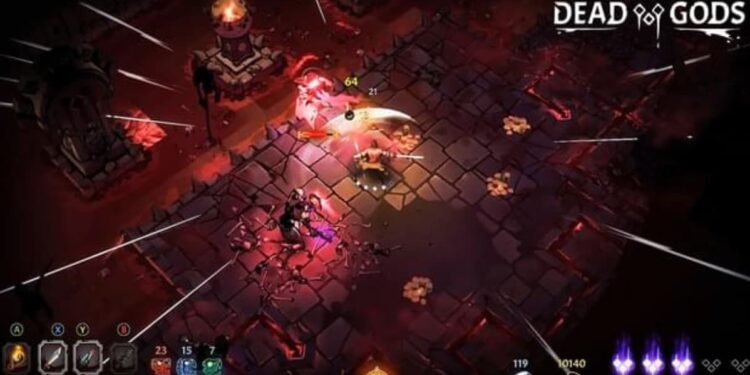 Although many titles on Nintendo Switch are quite far behind as far as graphics are concerned, Curse of the Dead Gods is almost identical to the PS4, Xbox One, and PC versions of the game. The enhanced graphics and the occasional screen shake enable players to experience much complete gameplay while trying to complete the levels.

We’ve covered how you can download Curse of the Dead Gods on not just Nintendo Switch but all the other platforms. You can get your copy of the game for only $19.99 and the future expansions the game might foresee as the title is very suitable for bringing DLCs.

As for whether or not you should purchase Curse of the Dead Gods for Nintendo Switch, we highly suggest doing so because the game is most certainly one of a kind and features plenty of things that other action games are missing. A nice level system where you can experiment, plenty of abilities to cast, multiple strike choices, and well-designed maps are just a few things you’ll find on Curse of the Dead Gods. The price of the game is at a level where it deserves more content but it’s highly anticipated that there will be a DLC.