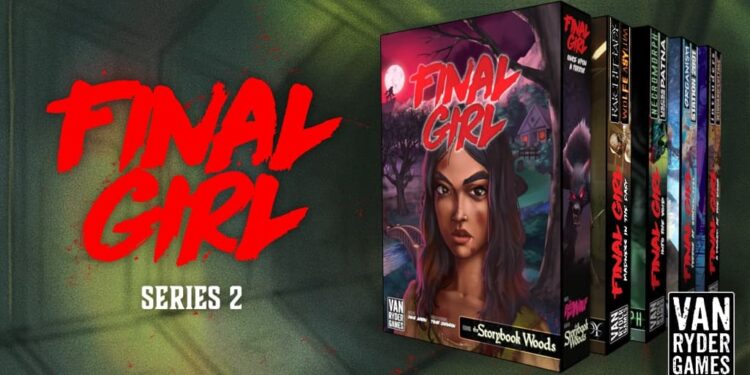 Final Girl is one of the iconic horror board games that you can play together with your friends. If you are getting bored from playing games on digital platforms and planning a great night with your friends, then this may be it. Final Girl is a Kickstarter project that was launched by Van Ryder Games.

The project owner released many amazing board games by funding their projects on Kickstarter. The fact that Final Girl pledged more than $1.1 million is great evidence of its success. There is no doubt that none of the board game lovers should miss this opportunity to fun this amazing project.

Final Girl is one of the iconic horror board games that you can play together with your friends in the same room. After the first series became highly successful, Van Ryder Games decided to launch the second series. It seems like the second series has already become more popular than the first one.

What Are the Add-ons You Can Buy for Final Girl?

Although you can enjoy the core box by investing at the minimum threshold, you can also invest more to get as many items as you want. However, some of these items are considered add-ons. Though they are included in certain deals, we want to compile them in this section for you.

Which Feature Films You Are Going to Get by Funding Final Girl?

Depending on how much you are going to fund, you are going to receive a different number of feature films. However, you do not have to invest in $300+ to get all the items. Players can also customize their boxes by buying add-ons depending on their choice.

It is worth noting that you can combine series 1 and series 2 to boost your gaming experience and combinations. If you love board games, we highly recommend you check out the Final Girl Kickstarter project as soon as possible since there are only 15 days left!