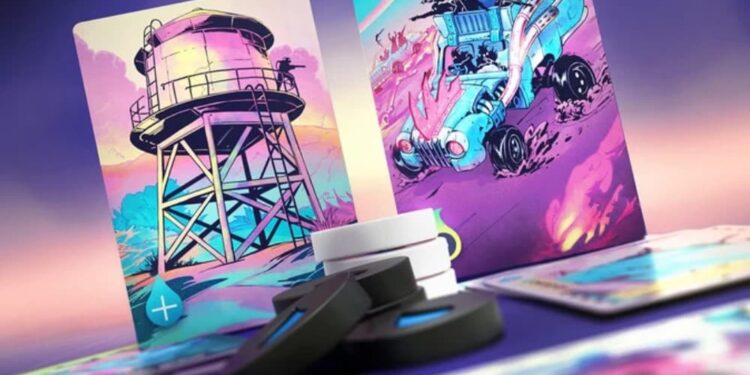 Radlands is a card game that was initially launched on Kickstarter. It raised close to $500,000 with 9,020 backers. Those who pledged and backed the card game received their games but if you missed the Kickstarter campaign, you can still get your hands on a copy of Radlands by preordering it.

Radlands is a dueling card game that doesn’t take much to fully learn and start playing with friends. As far as what we understood from the playthrough that was published by Ant Lab Games, the maker of the game, it was fairly straightforward and didn’t take much time to understand.

If you’re expecting an online version of the game though, you’ll be disappointed. The company behind Radlands, Ant Lab Games only makes card and board games that you can play in real life. So it’s pointless to expect a playable version of the game on PC or any other electronic device.

Unless you were one of the nine thousand backers of the project, you must sign up for the preorder. The preorder will take place as soon as Ant Lab Games is ready to launch the project. To sign up for preorder, all you need to do is entering your email address on the preorder page and get a notification your preorder is ready. Since Radlands is still in the making, know that it might take up to a few months for your preorder to be ready.

The Ant Lab Games haven’t announced the price of the board game yet but the minimum pledge amount on Kickstarter was $40. So it wouldn’t be hard to imagine the price tag of the card game will be around this range. But, this is expected for the initial copies of Radlands. We expect a huge drop in price after a few years of the release. Major places that sell card and board games will probably have Radlands in their collection but given the estimated delivery date is September 2021, we might have to wait for a couple of years, in the long run, to comfortably get a copy of Radlands.