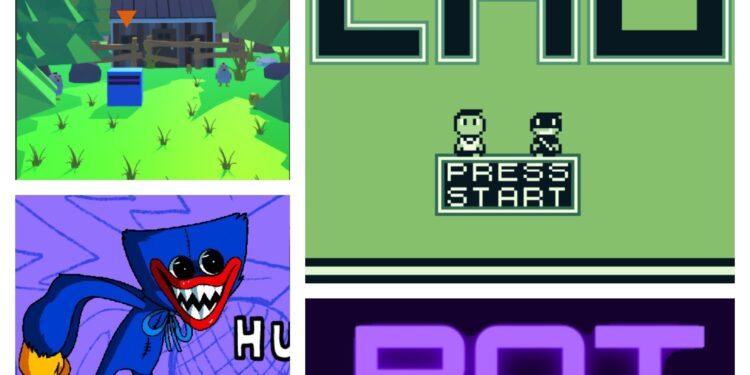 Botstudio is an indie game developer that offers you multiple Friday Night Funkin Universe characters’ Test Mods. In this guide, you will learn what is Botstudio in a nutshell and find which FNF characters you can test on Botstudio.

Playing Friday Night Funkin is really fun, but we cannot see the art in the game very well due to the speed of the songs and while trying to beat the antagonist. That’s why FNF Test Mods are the best way to show us how the characters we play are acting. Bot Studio is one of the FNF Test Mods developers, and they are not also developing FNF Tests. Let’s learn more.

As we mentioned above, Bot Studio is an indie game developer and has actually two different games besides Friday Night Funkin Tests. The names of these are LAB and Cute-Bot.

The LAB game is a short indie game where you explore your city, do quests, and defeat Team Slash. This game was also developed by using GB Studio. It is still available on itch.io for free if you want to check it out.

The other game is titled Cute-Box, and it is more complex than the LAB. It is a classic arcade game that you are trying to get boxes to survive and get the highest score. You can survive in the game as long as you can and collect the coins.

FNF Characters You Can Test On Botstudio

Besides these two games, Botstudio’s other games consist of Friday Night Funkin Test Mods. You can test almost 30 different characters’ moves from the FNF Universe. Below, you can find some of the FNF characters you can test.